One day we hope to be able to say “Jim Bob” without having to follow up with the fact that he was 50% of 1990’s heartthrobs, Carter The Unstoppable Sex Machine. If It Ain’t Broke is the third single released from the new album Pop Up Jim Bob, and judging by the tracks released so far it’s looking like he’s reverting back to his punk rock roots! Fingers crossed that this work will finally please both Jim Bob fans and the “does it sound like Carter” fans alike.

In little over 2 minutes Jim has managed to sum up all the toxic shit that is evident right now in Trump’s America and by extension, Johnson’s Britain. From racism to homophobia and the destruction of the whole fucking planet. Jim is back, fed up and ready to Make Albums Great Again.

Pop up Jim Bob is out August 14th on CD/LP from Cherry Red records. The LP comes with a 2021 calendar which, if it’s anything like this year you won’t have fuck all to write in it (2021 WTF?).

If you buy both the LP and CD you will be given a download link to the Pop Up Covers digital mini album of Jim doing some great covers including X-Ray Spex, Elvis Costello, The Clash etc. Would you dare sleep on this one?
-Jon Shit Stirrer

Posted by mickfletcher at 23:43 No comments: Classics Of Love (https://www.facebook.com/classicsoflove/) are the Los Angeles band that feature Operation Ivy's Jesse Michaels. But they aren't the same Jesse Michaels fronted Classics Of Love that released an excellent Self Titled album on Asian Man Records back in 2012. That band were pretty much done and dusted but when Jesse started making more music during the lockdown he was given the go ahead to continue using the name despite drafting in a new supporting cast. The new line up now sees him ably backed by Sharif Dumani (Alice Bag, Exploding flowers, ETC) on guitar and bass and Peter John Fontes (Los Nauticals, Surf Fronts) on drums.

The new record is a 5 track ep called World Of Burning Hate and it's Jesse's hardest hitting release yet. It's lean, mean and to the point with only one of the songs creeping past the 2 minute mark. The guy's a genre veteran but the fire in his belly still burns bright. The new guys don't hold back and provide raw and authentic backing. I believe there's a vinyl version of the ep upcoming from Asian Man but for now you'll have to make do with the digital download :   https://classicsoflove.bandcamp.com/releases

This is the opening track, it's called Future Shock...

Posted by mickfletcher at 23:44 No comments:

Email ThisBlogThis!Share to TwitterShare to FacebookShare to Pinterest
Labels: 2020, Classics Of Love, punk 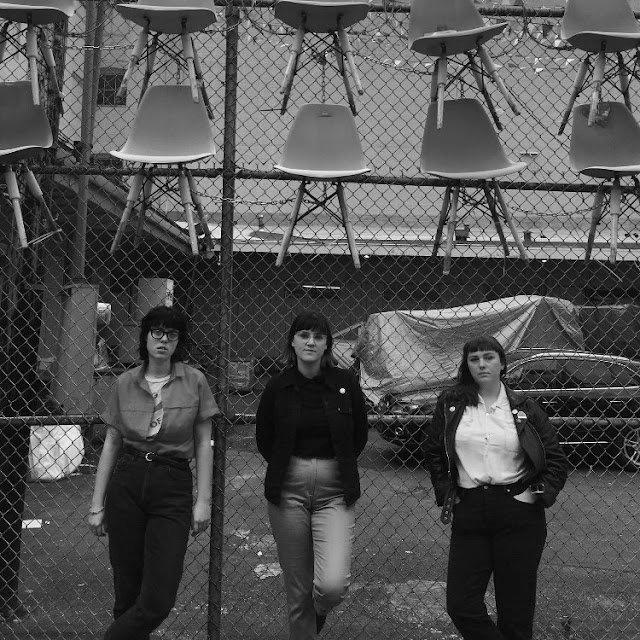 A couple of weeks ago on the show I played a song called Blockhead, a scrappy modern punk gem from Portland, Oregon 3 piece All Hits (it was on this show https://www.mixcloud.com/mick-fletcher/just-some-punk-songs-190720/). It was just one of the tracks from their very impressive album Men And Their Work which came out in June on Iron Lung Records.

The band line up with Janie (guitar), Sam (drums) & Izzy (bass) and I've seen comparisons drawn with the likes of Wire, Wipers, Sleater Kinney, Raincoats and the Slits (personally, I'd throw The Coathangers in there as well). Last year they released a 4 track purple cassette titled Introducing... of which only 100 were made but it looks to still be available here :   https://allhits.bandcamp.com/releases 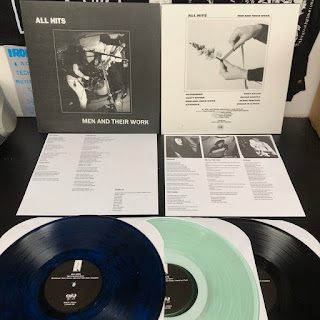 It's an impressive looking package but it'd be no use to anyone if the music didn't match up. Fortunately it does. It's feminist post-punk. Angular guitar, prominent bass and powerful vocals. It sounds both familiar and fresh and deserves your attention.

This track opens with the couplet "I'm going to need you to fuck off. I'm getting really pissed off." It's a statement of intent from a band that won't be told what to do and it's called Don't Wanna... 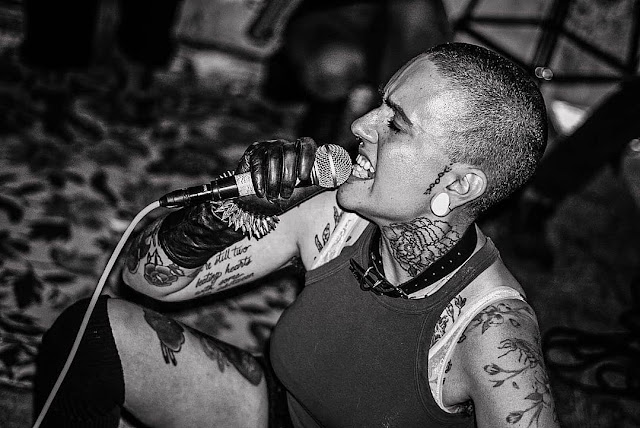 Posted by mickfletcher at 02:30 No comments: