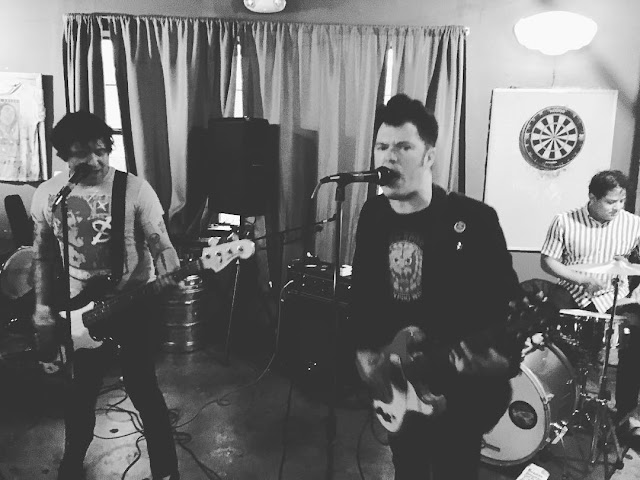 Back in 2011, London band Good Throb released a 9 track demo. They're a band that lined up with Ashleigh Holland, Bryony Beynon, KY Ellie & Louis Harding and featured on here a couple of times with totally wonderful songs (Bag & The Queen Sucks Nazi Cock). If you haven't heard them then do yourself a favour and check them out  https://goodthrob.bandcamp.com/

One of the songs from that demo makes an appearance today as it's been covered by Austin, Texas band Love Collector (https://www.facebook.com/LoveCollectorATX). They're a trashy garage punk band who feature members of The Ape Shits, The Fells and Dirty Sweets; Shawn Carpetbagger (vocals, guitar), Dave Advice (guitar, vocals), Rob Yazzie (bass, vocals), Robin Retox (drums, vocals). They released a couple of 7"s a while back, My Baby Goes Waaah! (2007) and Human Bodies (2012 - https://cqrecords.bandcamp.com/album/human-bodies-ep).

They started recording a debut album with JP Bohon from Dikes of Holland before the Corvid pandemic closed everything down. It's unsure if the album will ever see the light of day but there is a new song. It's taken from the "Live, Laugh, Love Collector" sessions and it's the band's version of Toner Loner (check out the original here : https://notnormaltapes.bandcamp.com/track/good-throb-toner-loner). It's "a song about soul-crushing, dead-end cubicle jobs back in a time when people actually had jobs and worked in sterile offices with other workaday proles."