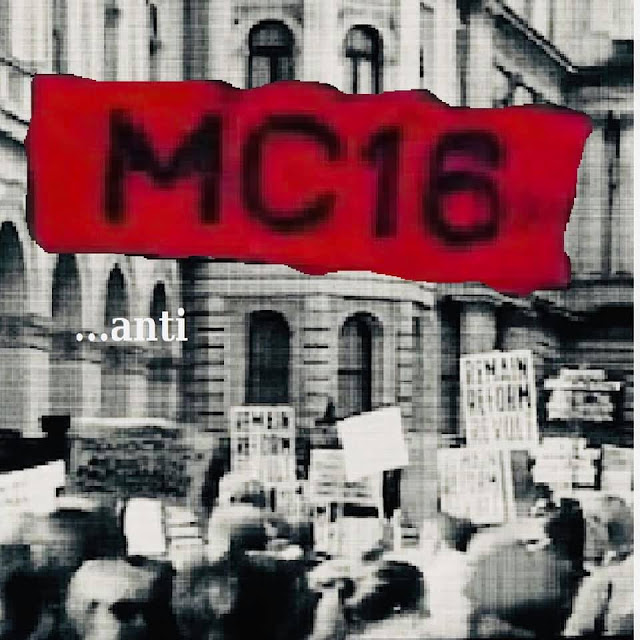 I've featured all the singles released by Shropshire trio MC16   (https://www.facebook.com/MC16band/) on here (https://justsomepunksongs.blogspot.com/search?q=mc16) and as their new one is of the same high standard there's no reason not to continue doing so. They're a band that believe "music should challenge, confront, question and entertain - capturing the spirit of true punk rock music." They're a band with both a message and the happy knack of writing a catchy soundtrack to back their well thought out, often political, commentaries on the injustices they see going on around them. Words are powerful, often more so than weapons in these days of the internet, when the president of the USA uses Twitter as a place to vent scattergun thoughts and even the ordinary man on the street can cause outrage amongst millions by saying the wrong thing.

On the single, the band ask the question do words actually mean as much now that it's so easy to share them. Or is it all too often a case of protesting just to appear cool. Is it becoming the fashion to virtue signal but then to move onto the next cause without ever taking any action to back up your words?

You can get the song here : https://mc16band.bandcamp.com/track/anti