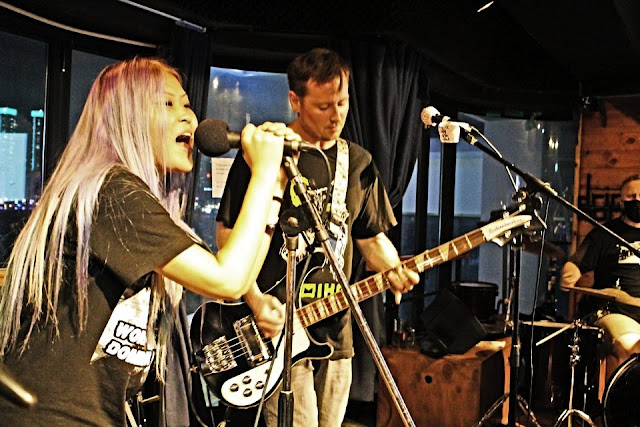 A slightly longer review than my last one I dared Mick to print, so hailing from Seoul, South Korea Gumiho 구미호 (https://www.facebook.com/gumihopunk/) were due to play the introducing stage at Rebellion this year and as they can't I might as well introduce them here. Taking their name from a legendary fox with 9 tails their potted history is as follows; Former guitarist Steve and his friend Stephen May formed a band in November, 2018. Drummer Stephen, who was an acquaintance of the guitarist Steve, joined and then bassist Matt joined through another acquaintance who knew the guitarist Steve.
Gumiho started as Caspin joined the band in February, 2019.

Demo recording started on Lunar New Year and a debut EP was released in late April.
Starting from early May, Gumiho has been playing shows non-stop except for about a month until a new guitarist Yujin joined the band in July after the former guitarist Steve's departure in June.
With frequent shows, Gumiho members are united with each other and by respecting each other's opinions and traits, they're creating their own music.

People ask "What type of genre is Gumiho?" or "What kind of punk?".
We're "Gumiho Punk"! and here is a re-working of a track that first appeared on their demo (hence the 2020 tag).