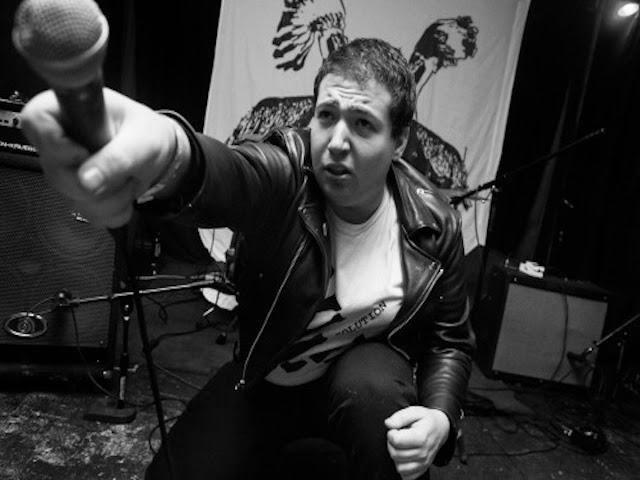 The prolific and very talented Drew Owen last appeared on here back in August as a member of Helsinki duo Baby's Blood  (http://justsomepunksongs.blogspot.com/2018/08/babys-blood-everybody-looks-like.html). I mentioned then that he was moving back to the States and that there was another Sick Thoughts album imminent. That album, the third Sick Thoughts long player, came out shortly afterwards and it features 12 catchy songs dripping in attitude, buzzsaw guitars and garage punk cool. It's a Self Titled affair and you can get the vinyl version from Goner Records  http://www.goner-records.com/cart/ It's also available digitally here :  https://sick-thoughts.bandcamp.com/album/sick-thoughts

2019 also promises to be a busy one for Drew as he's starting a tape club. Between January and June members will receive 6 tapes, a shirt and 6 pin buttons. For more details click here : https://ddowen.bigcartel.com/product/dd-owen-tape-club-2019 There's also going to be a West Coast tour.

This is one of the many highlights from the album, it's called Black Leather...