Dead Legions - Over Land And Sea 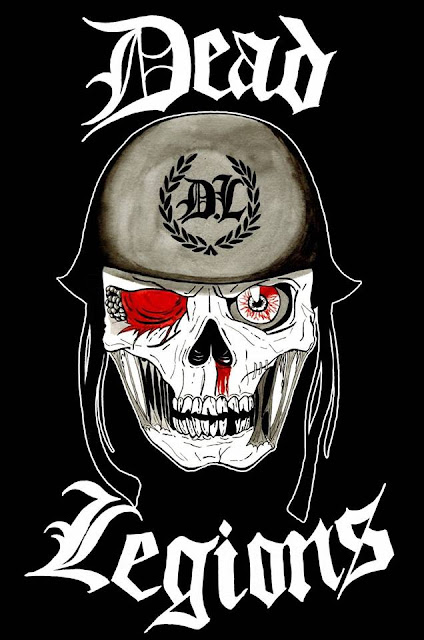 A brand new UK Oi band today, they're so new that as of yet there appears to be no photos and pretty much no info to share with you. They've just put up a Facebook page and shared their first track.  https://www.facebook.com/deadlegionsuk/

The're called Dead Legions and they feature guitarist/vocalist Tom Boutwood who you may know from bands like Arch Rivals, Hostile Minds and Hard Wax (there'll be a new song by Hard Wax on tomorrow's Just Some Punk Songs show :  https://www.facebook.com/events/309536543016973/). Alongside him in this new project are Phillip Anthony (Back From The Dead) (bass) and Paul Bond (Stand At Arms) (drums).

Tom says he's been waiting to get this finished for ages and rates it as one of his favourites of all the songs he's written. More are on the way so watch out for those. Burning skies, cities on fire.....soldiers lost, in the mist, left to die alone. A song about the sacrifice of youth during the horrors of war, this is called Over Land And Sea...