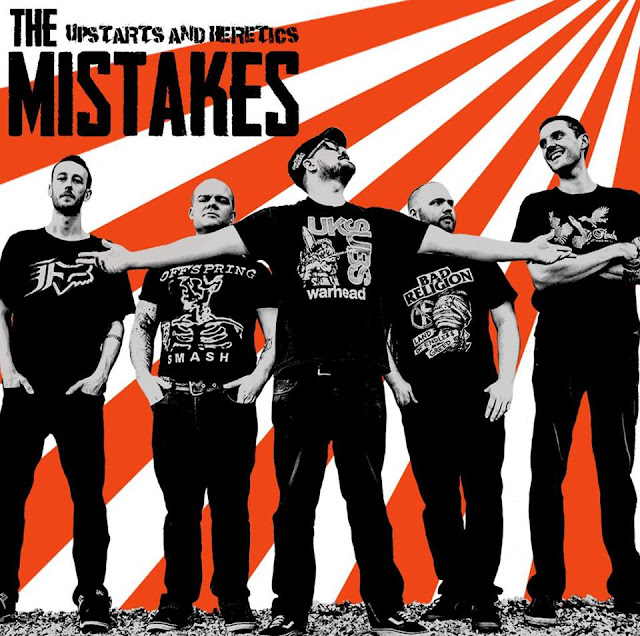 Another song with a big booming singalong chorus today as Poole punk 5 piece The Mistakes return to Just Some Punk Songs. Having previously featured with the songs Never Be Quiet (the song that shares a name with their record company), Democracy and Quitters Get Nothing, regular visitors will already know that the band have a knack of penning catchy but powerful street punk anthems. Fans of their balls to the wall music will be excited to hear there's a new album out today called Upstarts And Heretics. They've also a bunch of new merch available and you can get all details on Facebook https://www.facebook.com/themistakesuk/
https://www.facebook.com/nbqrecords/

2018 was a busy year for the guys, as well as January's Anti Social Media album they gigged regularly (including making their debut at the Rebellion Festival, going down a storm and getting invited back for 2019) and paid a visit to Candy Bomber Studios in Berlin to record the new album with Ingo Krauss and Moses Schneider. All that gigging and working with the best people looks to have paid dividends going off the evidence of the video they've just released. Upstarts And Heretics is their first vinyl release and will be a perfect stocking filler.

To whet your appetites, this is Walk Tall...

Email ThisBlogThis!Share to TwitterShare to FacebookShare to Pinterest
Labels: 2018, punk, The Mistakes