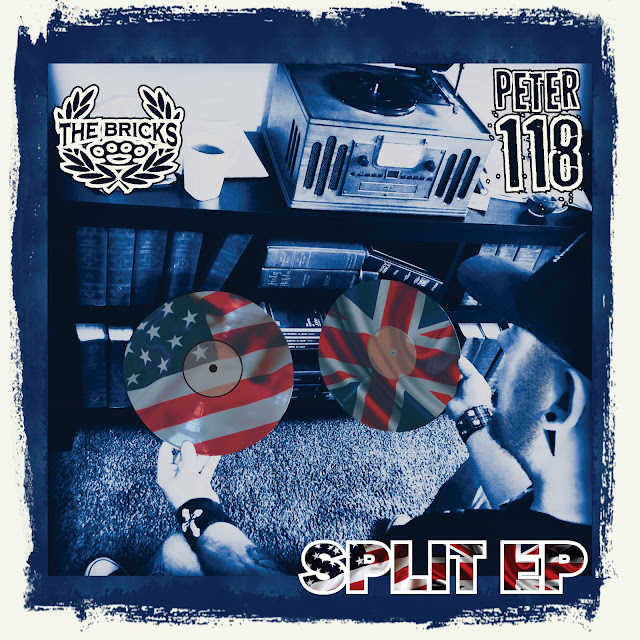 Peter118 are the christian punk band who seem to be dividing opinion amongst those who stumble across their music. Many people seem to be put off by what they see as the band pushing the religious agenda too much, others either buy into the message or just enjoy the band's pop punk sound. Personally I'm not in the least bit religious and to me tracks like For Your Glory come across as a bit ridiculous but having said that I'm of the opinion that the song you'll find at the bottom of this update is a big step up from most of their earlier material. I'm guessing everyone will have their own opinion and some will question why I'm posting christian music but just as I've no interest in the message I've also nothing against the messenger and am happy to share a decent enough new UK punk song.

The band are a trio from Stoke-On-Trent and feature Peter Szczepanski (vocals/guitar), Janine Szczepanski (vocals/bass) and Sam Critchley (drums). Their latest release is a split ep (3 tracks each) with Omaha, Nebraska street punk/oi band The Bricks and it's available on Raven Faith Records http://www.ravenfaithrecords.com./
https://peter118.bandcamp.com

Chunky riffs and shouty vocals, this is a simple but quite hard hitting pop punker, it's called Money & Lies. Hopefully the music will be judged on it's own merits...