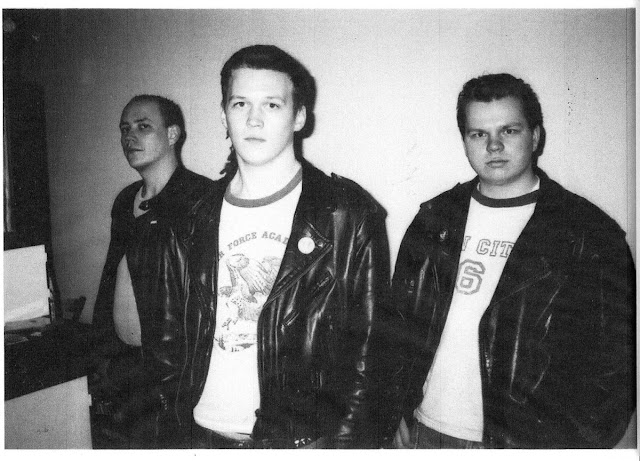 Over the last few days I've noticed a couple of Facebook posts from people asking what their favourite Ramonescore albums are. By way of reply fans of bands such as Screeching Weasel, The Queers, Lillingtons, Riverdales etc mentioned their favourite albums, I think I threw Dark Thoughts into the mix. Although not mentioned, I would suggest the recently released Self Titled lp by THE REEKYS wouldn't be out of place if included in hat list.

German pop punkers THE REEKYS were from Munich and back in 2005 recorded 14 songs. I've no idea how they could lose what would have been a killer tape but it was only unearthed earlier this year. After having the sound beefed up by Eric Brady, it's been pressed onto vinyl and is the 100th release on Bachelor Records. With only 500 copies it's gonna be gone soon so if you're after one don't hesitate :  https://shop.bachelorrecords.com/the-reekys

The album is a must hear for fans of old school pop punk. Kicking things off with a shouted 1-2-3-4 and then a simple but oh so effective sing along of Hey Hey, We're THE REEKYS these are 14 tracks that'll seem instantly familiar, even on a first play. It's been done before many times but seldomly this well. Love Ramonescore? You'll love this.

This is called Teenage Retard...

Email ThisBlogThis!Share to TwitterShare to FacebookShare to Pinterest
Labels: 2005/2018, pop punk, THE REEKYS