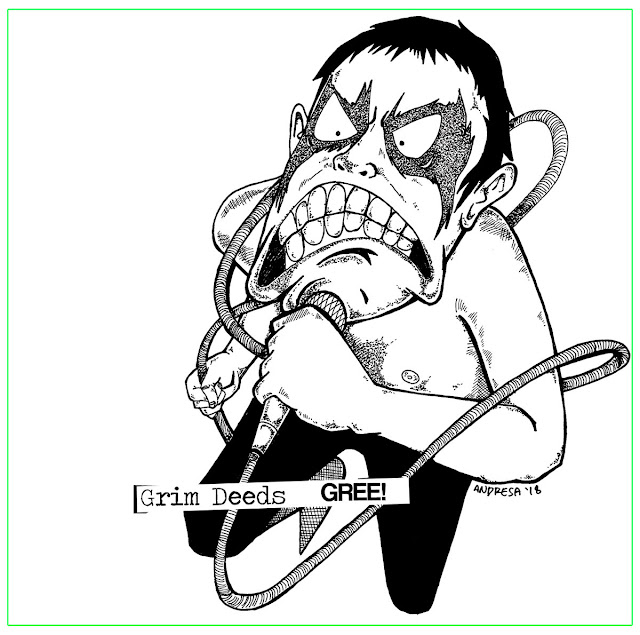 There's been a few records released over the Christmas period, this is a song from one of them. It's taken from the album Gree! which is a collection of songs recorded by Grim Deeds between April and December, it's made up of 13 originals and a very decent cover of Motorhead's R.A.M.O.N.E.S. and you can get it on cd or digitally from Outloud! Records or from Grim's Bandcamp page :

Grim gets his inspiration for his songs from life, mostly in the form of "extremely negative emotions and impossible situations." Don't expect all doom and gloom though as he adds a comedic spin to many of them.

This song opens the album and it's about those places that time left behind, where the status quo is deeply engrained and everything there is pretty depressing. I'm sure you all know somewhere like it. Fuck this place! This is Shithole Town....