Perjury - On The Run 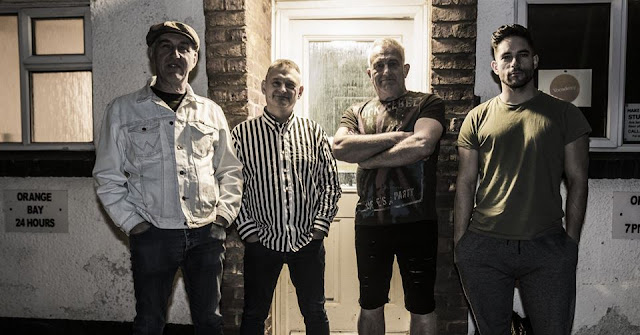 Perjury are a new band from Kent who's influences include the likes of Blitz, GBH, Motorhead etc. They were formed by bassist/backing vocalist Nick "Nobby" Emmerick (who appeared on here a couple of years ago with his other band Snide, https://justsomepunksongs.blogspot.com/2016/03/snide-hey-mr-joseph.html, and in the early 80's was a member of Allegiance To No One. He was also a member of Eric Faulkner's Bay City Rollers!) and guitarist/backing vocalist John Sharland (Unit 4, The Starving Artists, Violent Death, Terminal Crisis).

They fleshed out the band by recruiting drummer James Akehurst and vocalist Graham Saxby (who some of you may remember as the founder member of classic oi band The Last Resort and vocalist with UK street punks The Warriors).

After 6 rehearsals they entered Ranscombe studios in Rochester and recorded a five track demo. 5 days later it's getting a well deserved plug on here. You can get more info on the band on Facebook :   https://www.facebook.com/perjurypunkband/ and check out the songs from the demo on their Youtube channel...  https://www.youtube.com/channel/UC3eRPOhdIWgKHMP8I4rdZ-A

Definitely not reinventing the wheel, Perjury are playing straight up punk rock. The songs are fast, catchy and have plenty of wallop. The demo is a great introduction so check it out. This is On The Run...