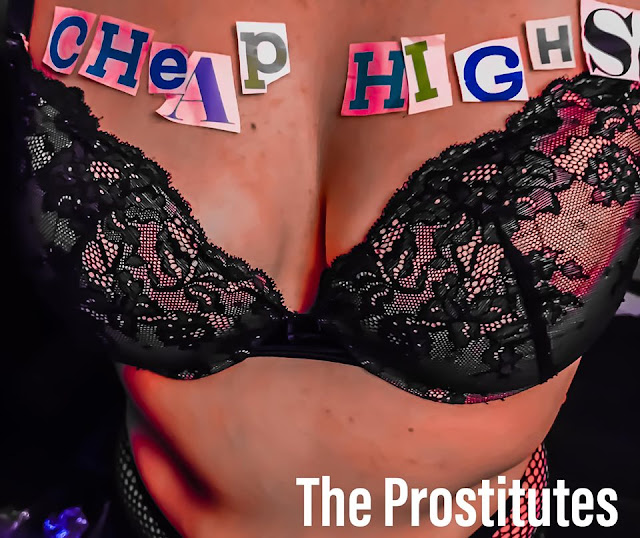 It's been a while since I've posted anything by The Prostitutes, I've noticed a drip feed of remastered tracks on their Bandcamp page in recent months but they've just released a brand new song so no further excuse is needed to get them back on here today. The song is called Cheap Highs and it's available as a name your price download. Check it out, along with an impressive back catalogue here  :   https://theprostitutes1.bandcamp.com/track/cheap-highs

Music and lyrics are written by frontman Kevin McGovern whilst the most recent line up of the band also features JR Matthew (guitar) and Barry Jewels (drums). Nearly a quarter of a century from their formation, they've relocated to Baltimore, Maryland and whilst they might have been a little more sporadic with their releases of late there's been no drop in quality. A new ep is being recorded and will be out this summer. There's also a split 7" with The Pegs in the works. Kevin tells me he's written 10 new songs in the past month and will be recording them as soon as possible.

This is Cheap Highs...

razorblade goodbyes and real cheap highs
anything you wanna do hanging from a thread, a book that wasn’t read too little much too soon make a move, skip the groove twist your head, it’s better yeah still standing in line with the empty minds you’re not allowed just take yourself out self destructive pose, the midnight show an image that always cracks the decision wasn’t mine, you poisoned the wine don’t bother cutting me slack

Email ThisBlogThis!Share to TwitterShare to FacebookShare to Pinterest
Labels: 2019, punk, The Prostitutes