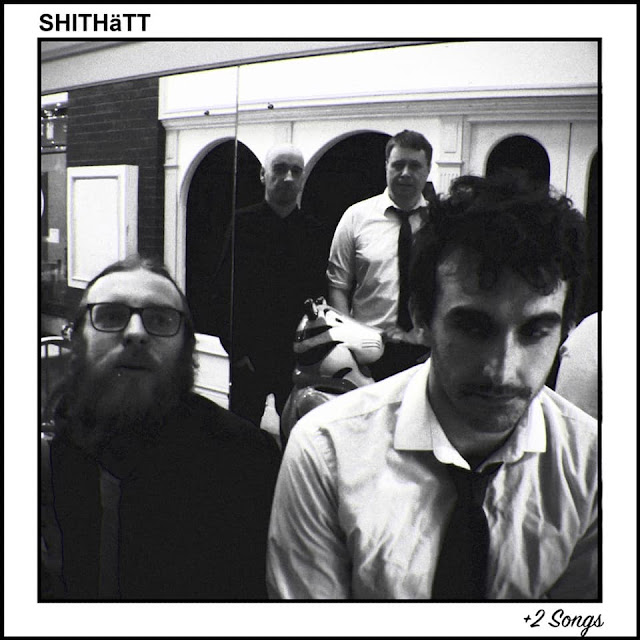 Shithätt are a post-punk 4 piece (JF, Henry, Conor, Sid) from Ballina in Ireland and they're shit hot! Yep, they're truly shit hot (it's how their name is pronounced). They formed on Valentines Day 2017 and last year released EP1. Earlier this year they had a song from the ep featured on the Lambpaign Irish punk compilation (https://deadlambrecords.bandcamp.com/album/lambpaign-ireland). Now they're back with a couple of new tracks on the aptly named + 2 Songs single. You can find both the EP and single here : https://shithatt.bandcamp.com/

Louder than War has described their sound as being a cross between Dead Kennedys with a space twang and Butthole Surfers, various other comparisons have included Joy Division, The Fall and At The Drive In..... "a full on epileptic fit type of thing" and "loud as fuck and hot as the hobs of hell." Intrigued? You can find out more here : https://www.facebook.com/somelikeithatt/

The song you'll see below is a noisy little fucker seemingly about unsustainable birth rates (2.4 children being the tipping point?) It's called God Bless The Sterile...

Two point four on the Richter scale,
Seismic shifts, that seem so certain.
The safety catch is set to fail,
On point or unplanned, well it’s not working.

Bred and wined to accept such notions,
Another mouth to feed is just what’s needed.
Adding to the equation of your devotion
Is setting obstacles to a life impeded.

Fuck like rabbits ‘til myxomatosis.
Colony collapse, the tree is broken.
Instinct lingers on as psychosis.
“It’s what we’re made for!” Are you fucking joking?

Two point four on the Richter scale,
Seismic shifts, that seem so certain.
The safety catch is set to fail,
On point or unplanned, well it’s not working.