Louis Lingg And The Bombs - Ducks In A Row 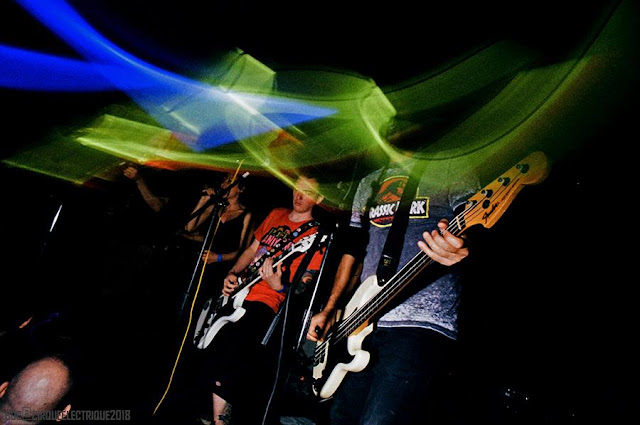 I've got to be honest and admit that I'm a bit baffled by the record on today's update. It's taken from a new 7 track ep (mini lp?) by Paris anarcho punks Louis Lingg And The Bombs. It's titled Made Of Fakes and it's the first pop-punk record in the world augmented by AI tech. According to vocalist Josh, they wanted every single unique song generation that the computer spits out to be totally listenable with real lyrics and vocals. They wanted to show that AI is not only about generative techno, electro or avant-garde classical music. To be honest it all sounded a bit bolloxy and even Josh told me the record is a shit concept one but not to worry as there's a really good one coming soon.

But hang on! It's not a bit bolloxy and Josh is being a bit disingenuous as it's really bloody good. You can get more details on the making of the record, find a link to a site where you can generate your own music and download Made Of Fakes "name your price" here :   https://louislinggandthebombs.bandcamp.com/album/made-of-fakes-2

The ep as a whole is great fun, the songs all clock in at just over the 3 minute mark and they're all extremely catchy. Fans of the band needn't worry that these AI generated tracks differ vastly from the band's usual style, there's still plenty of similarities. The song I'm featuring today is very much a case in point, it's called Ducks In A Row...