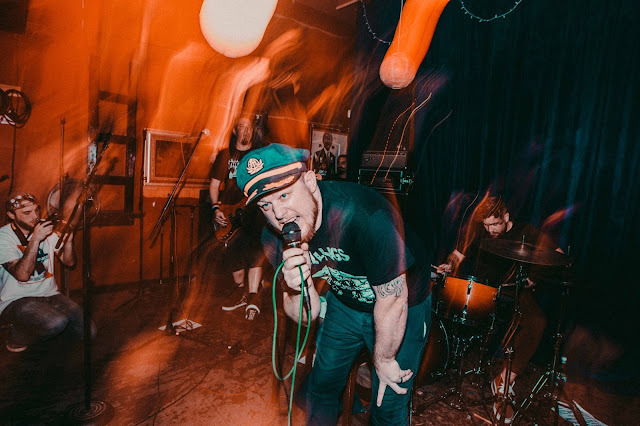 Total Massacre are from Los Angeles and list amongst their influences the likes of Black Flag, Circle Jerks, Adolescents and Dead Kennedys as well as oi legends such as Angelic Upstarts and The Oppressed. They play aggressive hardcore punk and write politically charged songs on subjects like how the system works for the rich but not the poor, dipshit president Trump, casting off your chains and taking to the streets and how if you're a fascist they're coming for you. They've just self released new album The System Works... and it's both powerful and thought provoking. It's available on vinyl and as a name your price download :    https://totaleffingmassacre.bandcamp.com/album/the-system-works

You can get more info on the band here : https://www.facebook.com/totaleffingmassacre/

Despite being an LA band, gravel throated frontman Cap'n No Fun's accent sounds (to my grizzled old ears) as though he's Australian (he also brings to mind the vocals on classic track Stuart by The Dead Milkmen!). I really enjoyed his vocal performance. The rest of the band, Mike, Jeff and Tommy all provide suitably boisterous backing. This song is about white supremacy and it's called Border Wall...