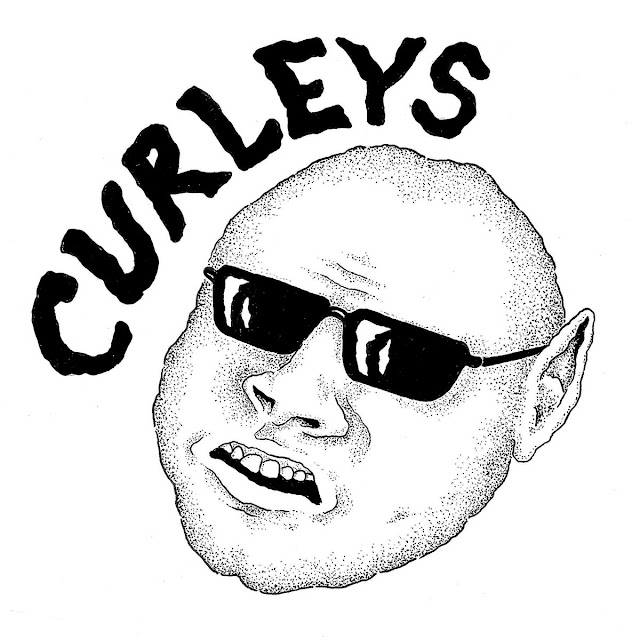 A familiar problem. I find a song I like but I know sod all about the band and google ain't being overly helpful. I either have to waffle or write a couple of paragraphs about what the record actually sounds like! I hate bands that don't spoon feed me info...

So. Curleys. They're from Florida. They released a S/T album in 2017 which is name your price on Bandcamp : https://curleys.bandcamp.com/releases  On it they blast their way through 8 sub 2 minute bursts of noise. Hardcore punk that sounds as though it was recorded in a garage or a basement. Pretty much all of the songs start with the drummer banging his sticks together, all of them are fast paced with a tune so all's good. Oh, I just noticed on this recording they were a 3 piece, Sam, Tim & Dave and it's available on cassette from Floating Skull :   https://floatingskull.bigcartel.com/product/curleys-s-t-cs

Fast forward to April 2019 and they released what may be a single on local label Total Punk. I say it was released in April but the digital download is priced at $999 and there's no sign of it yet here   https://floridasdying.com/  so maybe it's not actually out yet? Maybe the 2 tracks on Bandcamp are just a taster for an album or ep? I don't know. What I do know is that you can listen to the 2 songs here : https://totalpunkrecords.bandcamp.com/album/s-t

This song is something of a rip snorter. Furious, driving... fuck knows what they're singing about but who cares. Definitely best played loud. It's called Johnny