The Awkwards - Down In The Garden 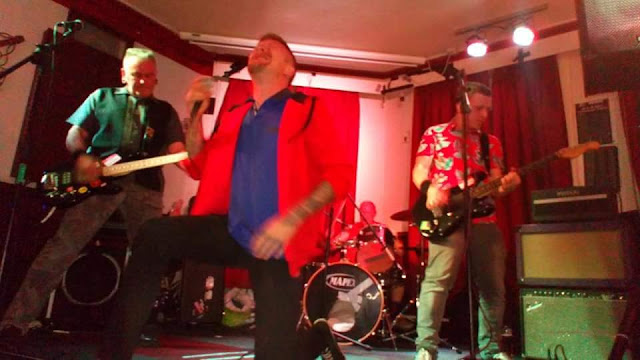 The Awkwards are new to me but were recommended by a couple of different mates over the weekend (cheers Simmo & Ash) so today I'm sharing a song from their new album. They're a seasoned punk band from Blackpool who's members are veterans of several Rebellion Festivals and they've even played at the top of Blackpool Tower.

I don't know much else about them other than that they've recently released their debut, self titled album. They've also got a few gigs lined up including Morecambe's Nice N Sleazy Fest, Bolton's Punx Picnic and a slot on the bill of the highly rated Blue Carpet Band's Manchester Star & Garter show in July. You can get more details and order the album here :   https://www.facebook.com/theawkwardpunks/

Bringing to mind bands like Dirt Box Disco and Hung Like Hanratty, this is the opening song on the album. It's straight forward no frills punk rock and all the better for it. It's called Down In The Garden...

Email ThisBlogThis!Share to TwitterShare to FacebookShare to Pinterest
Labels: 2019, punk, The Awkwards