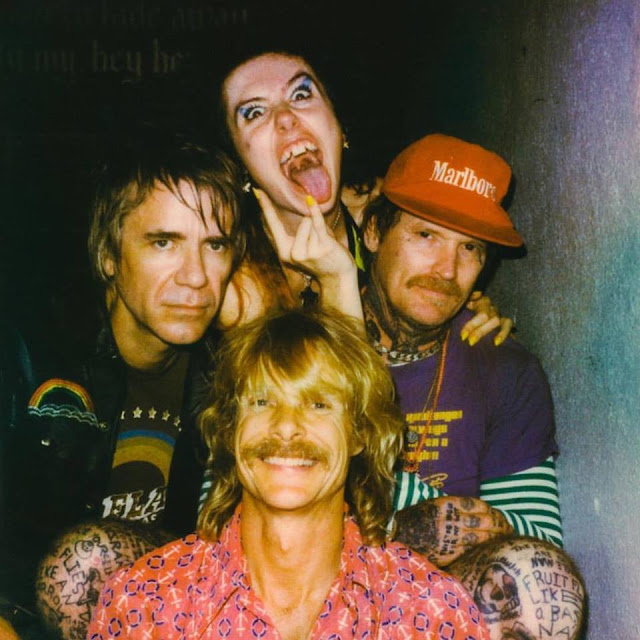 One of the most popular bands to feature on the Just Some Punk Songs show during the last year is Brooklyn's Surfbort. Their Friendship Music album was one of the best releases of 2018 so it doesn't take a rocket scientist to work out that there'll be a song from their new ep taking pride of place on today's show (listen to the show at 8pm UK time, details here :   https://www.facebook.com/events/2445735785659571/). The ep is titled You Don't Exist, it features 4 short rambunctious blasts of unrestrained exuberance and although the 10" vinyl appears to have already sold out you can find the digital version here :   https://surfbort.bandcamp.com/album/you-dont-exist

The band features Dani Miller (vocals), Alex Kilgore (guitar), David Head (guitar) and Sean Powell and their star is very much in the ascendancy at the moment. Not only are they releasing great music and hanging out with mega hot Aussies Amyl And The Sniffers (another band that'll be on today's show) they also recently featured in Gucci's new pre-fall 2019 campaign. Upcoming plans include going out on tour with Idles. You can find more info here : https://www.facebook.com/surf666bort/

This is the title track of the ep, it's called You Don't Exist...