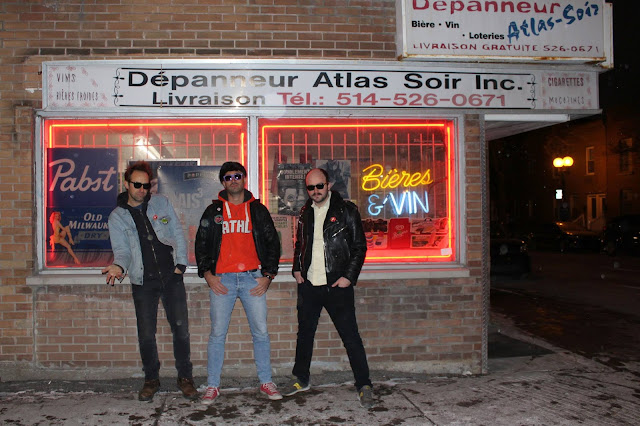 Bambies are a trio based in Montreal playing pop infused garage punk. The members of the band hail from Costa Rica, France and Canada (Sami, Feli & Franki) and have been together since 2015.  Their debut release was a rough and ready demo which surfaced around a year ago and now those 3 tracks have been rerecorded and take pride of place alongside 3 new songs on their Cassette ep. You can find both the demo and the digital version of Cassette "name your price" here :   https://thebambies.bandcamp.com/album/cassette

They're planning to record an album later this year and you can get more info on them here :   https://www.facebook.com/lesbambies/

They claim to like Portland, Oregon pop punkers Mean Jeans and that influence shines through on the ep. Guitar driven catchy tunes that'll get your foot tapping, they're starting to get global attention so check them out. This is REd GuiTar...