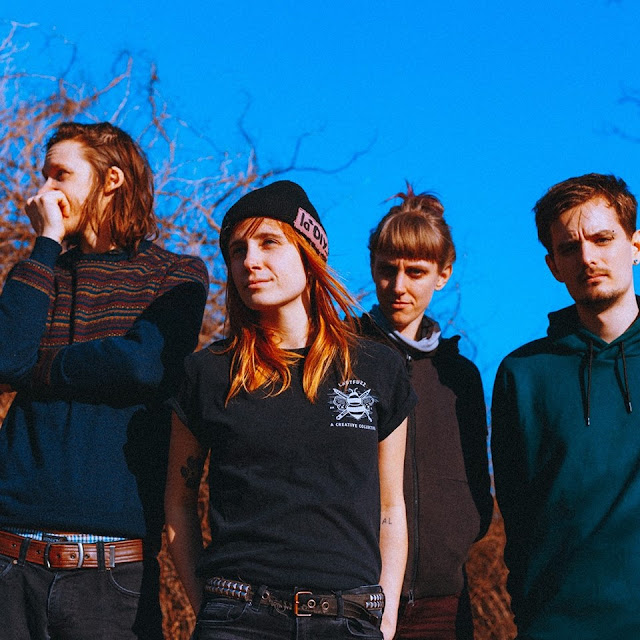 Is it just me or is the UK punk scene fucking great at the moment. Obviously on the downside there's pretty much no acknowledgement of it's existence from any major media outlets and many of the bands are struggling to attract people to turn out to their gigs but as far as the music being released is concerned it's a wonderful time to be a punk. To highlight some of that music, I put together a UK special show last week (https://www.mixcloud.com/mick-fletcher/just-some-punk-songs-uk-special/) and Petrol Girls weren't even in it! Mainly because I'd played them the week before but also because there's so many bands out there I could only scratch the surface.

Anyway, Petrol Girls, no strangers to this blog... named after a group of molotov cocktail throwing French revolutionaries (Petroleuses) are now based in Austria (another reason for not featuring them on the show). They line up with Ren Aldridge (vocals), Joe York (guitar/vocals), Liepa Kuraite (bass/vocals) and Zock (drums). They play angry feminist post-hardcore songs and new album, Cut & Stitch, is their most experimental record yet. It's available from Hassel Records and on Bandcamp  https://petrolgirls.bandcamp.com/album/cut-stitch

To help promote the album there's a lengthy UK and European tour and you can find details here :   https://www.facebook.com/Petrolgirls/

This song is a fine example of what they're about, it's a feminist anthem which samples Poly Styrene and tackles the subject of many marginalised groups only being tolerated when they're quiet. It's called Big Mouth...