Wolf Bites Boy - When We Were Young 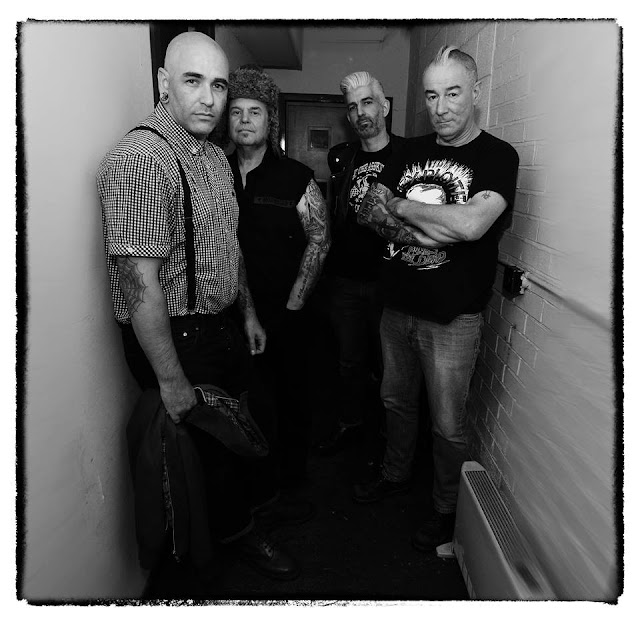 
Wolf Bites Boy are without doubt one of the best of the new breed of Oi! bands that are currently making the scene arguably the most vibrant of punk's many subgenres. Their recent addition of a new bassist to make them up to a 4 piece certainly hasn't done anything to diminish their standing. As well as Stuart Marsden (vocals), Rob Lad (guitar/vocals) and Paul Hankey (drums) they now also boast Cryogenics bassist Rob Passey.

They've already featured several times on Just Some Punk Songs but today I'm honoured to bring you a brand new song from them that has only recently been recorded. It'll feature on a split album with Brazilian band Fibonattis and will initially be a Brazilian only release (1000 cds first pressing). There'll be 6 songs from each band, 5 originals plus each band will cover the other (WBB cover Velhos Trappos, Fibonattis cover Streets That I Call Home). It'll hopefully see the light of day in a couple of months.

You'll be able to catch Wolf Bites Boy at this year's Rebellion Festival, they're sure of a packed crowd after wowing the masses at last year's show. They also featured (with another unreleased song from the upcoming split) on last night's Just Some Punk Songs show. It was an Oi!/Rebellion special and can be listened to here : https://www.mixcloud.com/mick-fletcher/just-some-punk-songs-020717-oi-this-is-rebellion/   Please feel free to favourite and share the show and get some great bands a little more exposure.

This is a look back on years long gone and it's a modern day classic. When We Were Young....