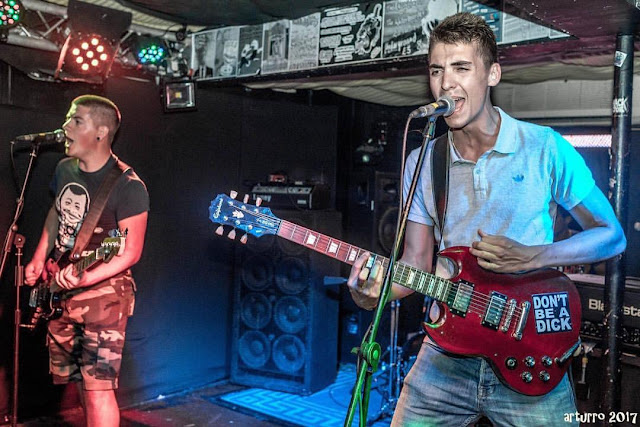 Grade 2 are a young oi punk band from Ryde on the Isle Of Wight who formed in 2013. They're a trio featuring Jack Chatfield (guitar/vocals), Sid Ryan (bass/vocals) and Jacob Hull (drums). Their first release was a demo, this was followed by the Broken Youth ep and then a split with Saints & Sinners. 2016 saw them release debut album Mainstream View and the excellent ep Heard It All Before. You can get more details from their official site :  https://grade2official.co.uk/

On the 6th August they'll be releasing their new album, it'll be titled Break The Routine and as with previous releases it'll be available on German label Contra Records. 6th August will also see them appearing on the Pavilion Stage at this year's Rebellion Festival. Later this year they'll be touring Europe so watch out for them if they're appearing near you. https://www.facebook.com/grade2iow/

They've just released a video for one of the songs from the new album. This is Pubwatch.....