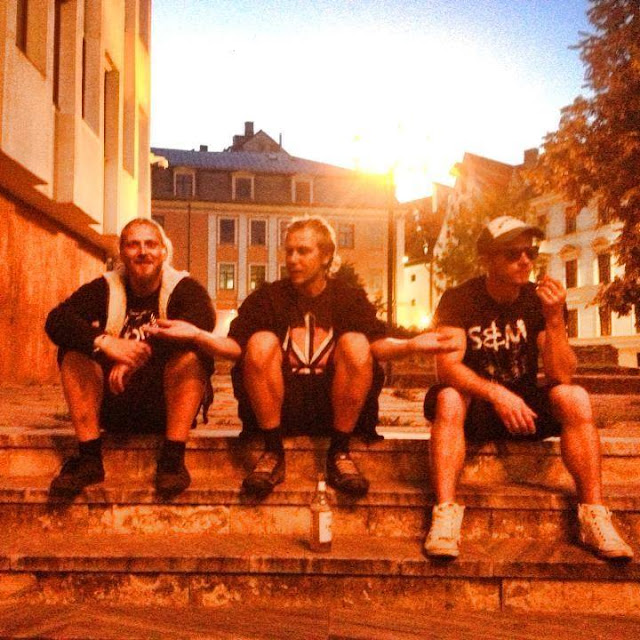 Huiabella Fantastica are the Estonian/Finnish band who formed in 2013 and who appeared on here previously with a song from their 2016 ep Ei Taha Teie Elu. They're a trio with members from Tallinn and Helsinki; Pets (guitar/vocals), Karu (drums) and Mikko (bass).

You can check out their releases on Bandcamp, it'll soon be updating with their new ep which will feature 5 tracks and be titled Moment Relax.  https://huiabellafantastica.bandcamp.com/

They've released a song from the ep to whet your appetites, it's called T#a kus mu puss on? which translates into English as Where The Fuck Is My Shotgun? I asked vocalist Pets what it was about and this was his reply.....

"Lyrics is about those nobrain ppl who we see every day. Arrogant greedy morans. Little half-nazi bastards. It goes like "your bloodtype is negative, your prospective of life is relative your heart is made of shit your brain - is unstable. My friend your world is tiny, little microscopic micro cosmos, in your days no sunshine, you dont know where is what or who or where or who.. where the fuck is my shotgun?!"