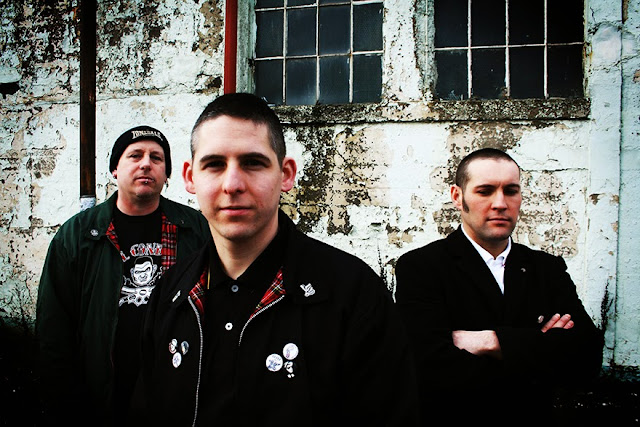 I was just looking through the Just Some Punk Songs' archives and although Gimp Fist have been mentioned several times I don't appear to have properly featured them yet in their own update. That's a situation that needs rectifying and what better way to do that than by posting their new video.

For those that don't already know, they're from the north east of England (Darlington) and are a trio featuring Jonny Robson (guitar/lead vocals), Chris Wright (bass/backing vocals) and Michael Robson (drums/backing vocals). They formed in 2005 from the ashes of a ska band called Chowder Boy and have matured into unarguably one of Britain's best punk bands.

They've already put out 6 albums (including the split with Last Rough Cause) plus numerous singles, eps and splits. Soon they'll be releasing a new album, on German label Sunny Bastards Music, called Never Give Up On You. If the teaser song below is any indication it's going to go down a storm.

There's several gigs arranged in support of the album including the Rebellion Festival, Punk Uttoxeter and North East Calling and you can find details here :  https://www.facebook.com/gimpfist/


Time catches up even with the most fearless of warriors, fortunately Gimp Fist are still as good as they ever were. This is Top Dog....