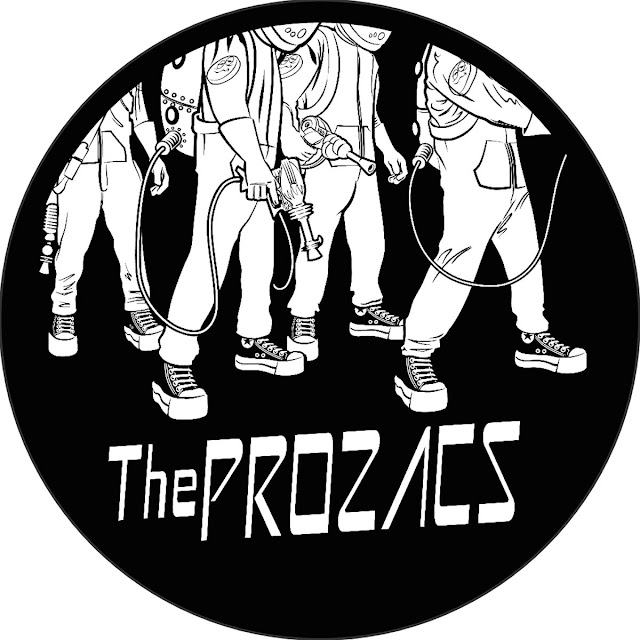 It's not been the easiest year for Westfield, Massachusetts pop punk heroes The Prozacs. Various band upheavels plus the pressures of balancing family life with holding down a full time job haven't made getting the 4th full length Prozacs album released an easy task. Fortunately after what seems like an eternity (it's probably well over a year since I was lucky enough to start receiving early mixes of the songs) Exist is now schedueled for release on August 13th through the excellent Outloud! Records. Their first for 9 years, it's available now for pre order, you can get details and check out a few songs on Bandcamp. Despite the difficulties involved I reckon it's possibly their best yet. https://theprozacs.bandcamp.com/album/exist 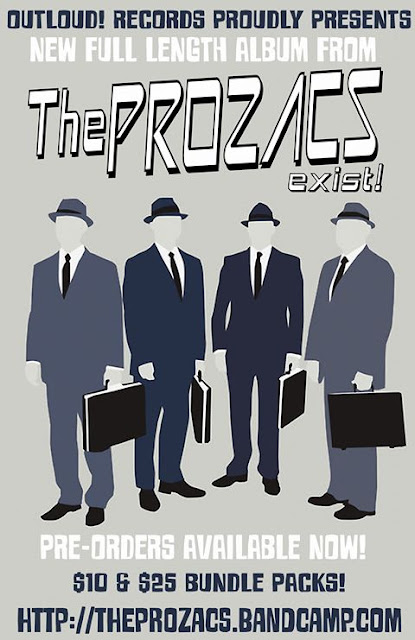 The line up on Exist sees J Prozac (vocals/guitar), Matty Prozac (drums/backing vocals), Paul Basile (bass) and Nic Cross (guitars). There's also guest vocals on a couple of tracks from Stiletto Bomb frontwoman Andy Nihilate. Fans of the tv series Fringe might notice a bit of a common thread running through the songs and this sci fi theme is reflected by the great album artwork provided by mega talented Ole O'Brian ( https://www.facebook.com/inebriatedoleart/). 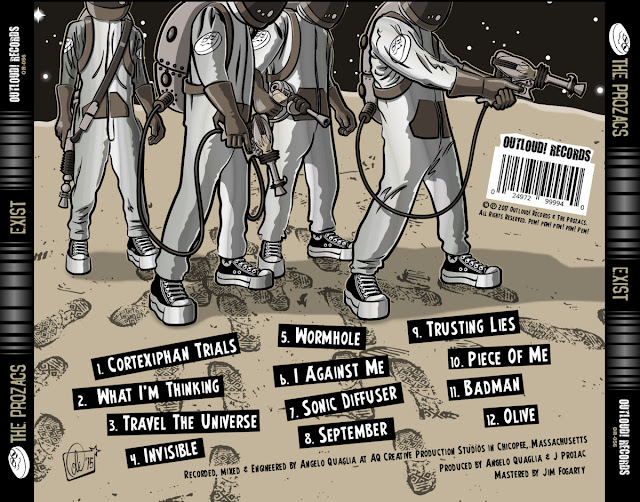 Pop punk release of the year? To be honest, The Lillingtons might have something to say about that but I think it's fair to say it's the best so far. Make sure you check it out. Many thanks to J and Outloud! for permission to share one of the songs that hasn't been put online yet. This is Sonic Diffuser....