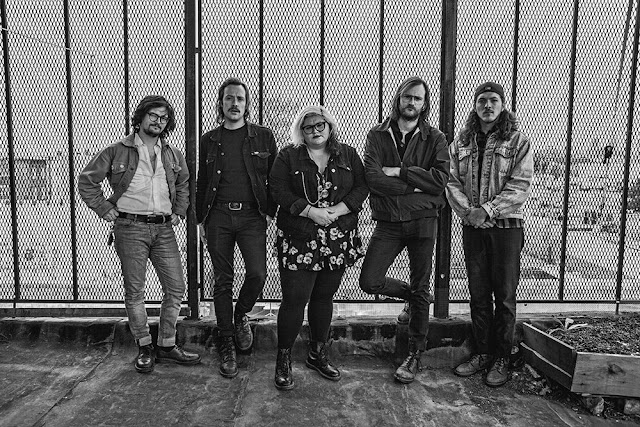 Sheer Mag are the Philadelphia rock band that sound as though they'd be equally at home appearing on The Old Gray Whistle Test in the early 70's as they would playing down at your local punk fleapit. They're the sort of band that you couldn't fail to recognise thanks to the distinctive vocals of frontwoman Christina Halladay or the intricate guitar stylings of Kyle Seely and Matt Palmer. A perfect melding of 70's rock with modern day protest punk attitude. They've only been together since 2014 but have already released 3 excellent eps (plus a compilation album of those tracks), they've also previously featured on here a couple of times : http://justsomepunksongs.blogspot.co.uk/2014/11/sheer-mag-what-you-want.html
http://justsomepunksongs.blogspot.co.uk/2016/03/sheer-mag-nobodys-baby.html


Earlier this month they released their debut album, it's called Need To Feel Your Love and you can find it in the US on their own label, Wilsuns Recording Company, or in Europe on Static Shock. It's also on Bandcamp :  https://sheermag.bandcamp.com/album/need-to-feel-your-love

I could wax on about how great it is but it's already been reviewed by many better writers than myself so I'll just say give it a proper listen, read the lyrics, enjoy the riffs.... you'll love it.

The song below is one of the protest songs that pepper the album, it's about how the suppressed will rise up and make the rich white men regret not giving them the ballot. White supremacy will no longer be tolerated. It's called Expect The Bayonet.....