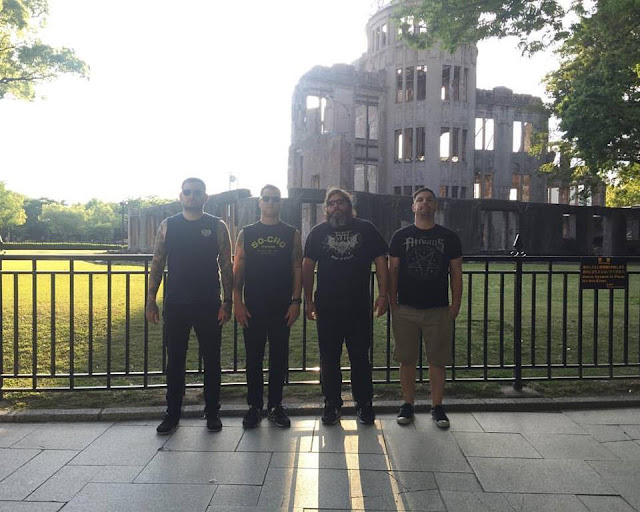 I guess you can say this has been a totally radical week. Teenage Bottlerocket have released not only a new single (Goin' Back To Wyo) but there's also a new album in which the guys cover a bunch of songs from obscure and unsigned bands. It's out now on Fat Wreck Chords, it's called Stealing The Covers and you can check both album and single out here :  https://teenagebottlerocket.bandcamp.com/

With almost all of Stealing The Covers' songs being unknown to me, it comes across pretty much like an album of original material. There's plenty of catchy stuff on there that'll appeal to long time fans, not sure it'll attract many new ones as they set the template for their sound way back on day one and aside from production quality nothing much has changed since (and hopefully it never will). What you get is a bunch of fun ear worms, tracks like Why The Big Pause, The Way I Know, Hat Nerd etc will burrow their way into your head and refuse to leave.

The idea to record an album of covers was Brandon Carlisle's so even though he's tragically no longer with us he's still very much been a part of this project.

They'll shortly be heading over to Europe for a lengthy tour, you can check out dates here : https://www.facebook.com/teenagebottlerocketofficial/

Two of my favourites from the album are It Came From The Radio (which I'll play on Sunday's Just Some Punk Songs show (https://www.facebook.com/events/914668678673332/) and the song you'll find below. Originally released by The Mugwumps on their 2007 Banana Brain album, this is Alien Motion Technology.....