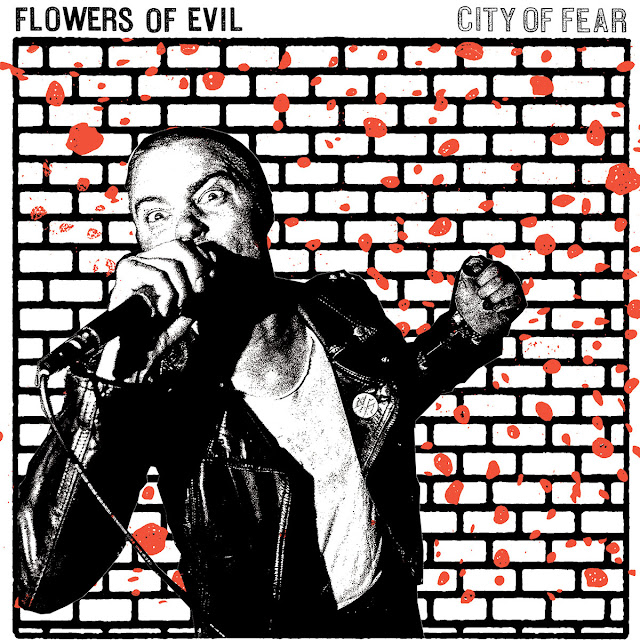 Flowers Of Evil are an old school hardcore punk band from Brooklyn featuring Crocodiles frontman Brandon Welchez and David McDaniel of Young Boys. Taking their name from a 1857 book of French poetry by Charles Baudelaire they formed 3 years ago announcing themselves with the SS Eyes single in 2014 and following it up a year later with a S/T debut album. They've just resurfaced with a new album on Deranged Records. Titled Flowers Of Evil, it's one you really shouldn't miss.  https://derangedrecords.bandcamp.com/album/city-of-fear

I've seen comparisons with The Germs, Black Flag and Career Suicide, if you like your punk to be sneering yet intelligent, hard hitting but catchy then this is the album you've been waiting for. Pretty much all of the Global Punk Radio guys have been playing songs from it this week including myself (listen here  :  https://www.mixcloud.com/mick-fletcher/just-some-punk-songs-110717/), I'm sure it'll feature in many best of 2017 lists.