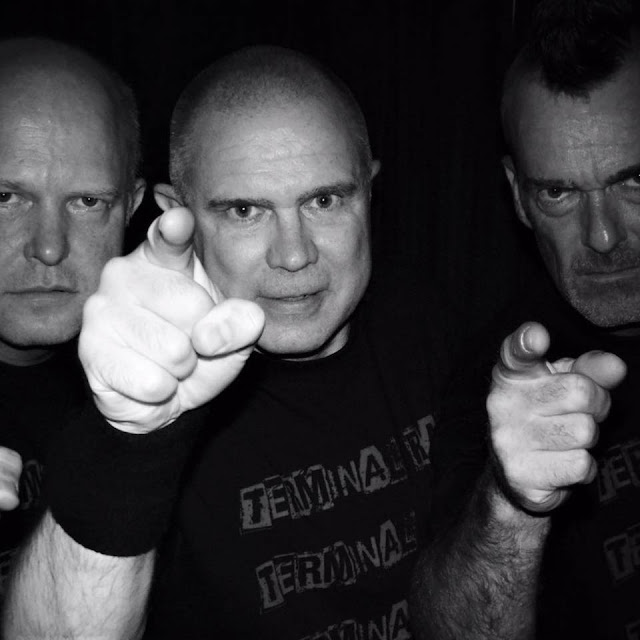 Terminal Rage are a loud, angry, political and anti-fascist punk trio from Hereford (via Wolverhampton and Kent) who list amongst their influences the likes of the UK Subs, Sex Pistols, Conflict, GBH, Crass, SLF and The Clash. The line up features Rich (guitar/lead vocals), Bob (drums/vocals) and Raph (bass/vocals). They're old school and proud, pissed off and loud.

A couple of months back they released the Where's Our Democracy cd, it's an angry tirade about the futility of voting when the candidate you favour has sod all chance of winning. They've a few gigs lined up in support of it including a place on the bill at Deerstock 2017 (where Ruts DC are headlining) and the Rebellion Festival. You can find details on the ep and any live dates here :  https://www.facebook.com/TerminalRagePunkBand/

This song went down well on the latest Just Some Punk Songs show (https://www.mixcloud.com/mick-fletcher/just-some-punk-songs-110717/), it's a powerful rant against governments who "won't fucking listen cause they don't fucking care." Its about how it's a crime that those who hold the power fuck with the lives of those who aren't in a position to fight back. It's called Class Crime....