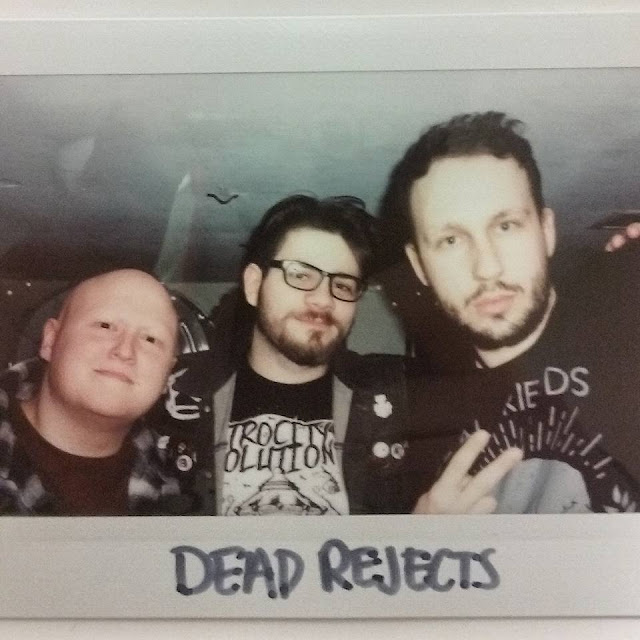 Dead Rejects are a ska/punk band from New Jersey who last featured on here a couple of years ago (http://justsomepunksongs.blogspot.co.uk/2015/10/dead-rejects-jealousy-feat-night-gaunts.html) but who return today with a song from their upcoming album Grave Mistakes. Unsurprisingly they list amongst their influences the likes of Choking Victim, Leftover Crack, No Cash, The Infested etc but they also have a liking for the catchier side of punk (Descendents, Screeching Weasel, Sum 41...).

The 2 mainstays of the band have been Shane Sparacello (vocals/guitar) and Adam Cichocki (drums) but they've always been keen to call upon the services of other musicians when required such as current bassist Mike Benus. You can check out their music here :  https://deadrejectsnj.bandcamp.com/

As I mentioned, there's a new album called Grave Mistakes and it's due out next month. The first single from it is a catchy number that gradually builds to an uptempo ending, it promises great things from the album.  This is Whatever Forever....