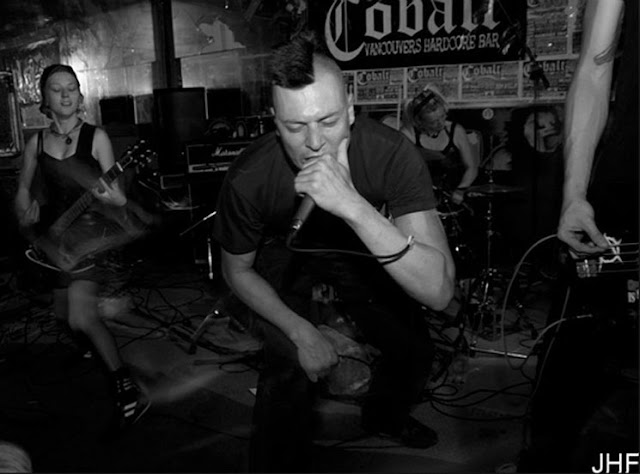 Today's song is by East Vancouver's The Rebel Spell, a band who formed in 2002 and who play socially conscious punk rock with a d.i.y. attitude. They originally featured Toddserious (Todd Jenkins) on vocals, Wretchederin on guitar, Chris Rebel on bass and Stepha on drums though by the time of their latest release Elliot was on bass and Travis on drums.

They've released four albums; Expression In Layman's Terms (2003), Days Of Rage (2005), Beautiful Future (2011) and Last Run (2014). There's was also 2007's Four Songs About Freedom ep. You can check them all out here :  http://therebelspell.bandcamp.com/album/last-run. If you like your punk music heartfelt, honest and with a coherent message, you're probably already familiar with them. If they've passed you by then now's the time to put that right.

Tragically, Todd Jenkins passed away earlier this year. On Saturday, March 7th, he was in a fatal accident whilst rock climbing in Black Velvet Canyon.


Today's song is one of the best I've posted thus far, it's the title track from their Last Run album......