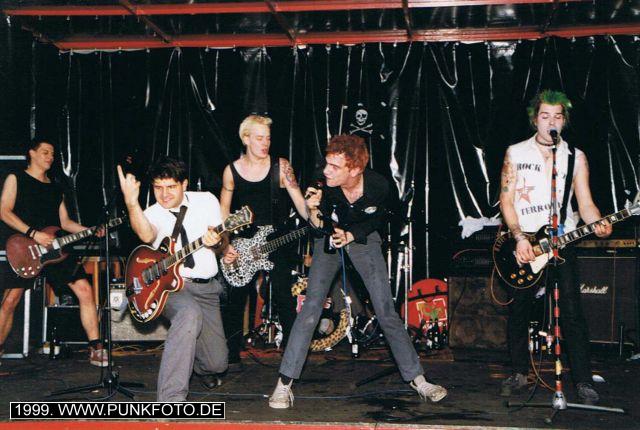 But they all look the same

And it's hard to be a hero


Another song from Germany today, this time around it's from Dusseldorf band Public Toys. The band were active in the 90's and featured Fozzi (vocals), Roman (bass), Uwe Umbruch (guitar), Guido (guitar) and Usenburger (drums). They recorded a couple of albums, Funf Asse and Punk! before Fosssi quit and was replaced on vocals by Pascal Briggs who sang on their excellent Safety-Pins On Television ep and on 1999's Rock N Roll Parasites album (from which today's song is taken).

The song in question is one I can't help singing along to, it's called White Crosses......