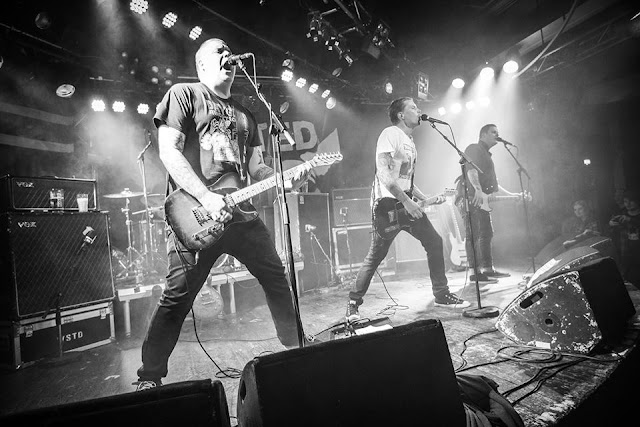 Today's song is by Wasted, a band who've been together since 1996 and who are from Joensuu, Finland.

Influenced by the likes of Black Flag, Adolescents, Operation Ivy, Spermbirds and Stiff Little Fingers, they came together with the desire to play raw old school punk rock, something that was a rarity in the Finnish music scene at the time.

Writing songs about the things that piss them off, they improved gradually and a move to Helsinki saw them progress to a level where they were ready to enter a recording studio. Their first release was 1998's Inside Out ep, this was shortly followed by the Battle Of Life ep. Interest was high enough by then that they played their first European tour and released debut album Suppress And Restrain (2000), as with many of their subsequent releases it came out on Combat Rock Industry and Boss Tunage.

The years since have seen several line up changes, lots of touring and several great albums (Down And Out, Can't Wash Off The Stains, Heroes Amongst Thieves, Outsider From Choice and Here Comes The Darkness). There's also a couple of collections, Here We Go Again (2003) and The Early Years (2012).

The song I've posted below is from 2011's Outside By Choice and is an top notch anthemic mid paced punk anthem called Doom Train.....