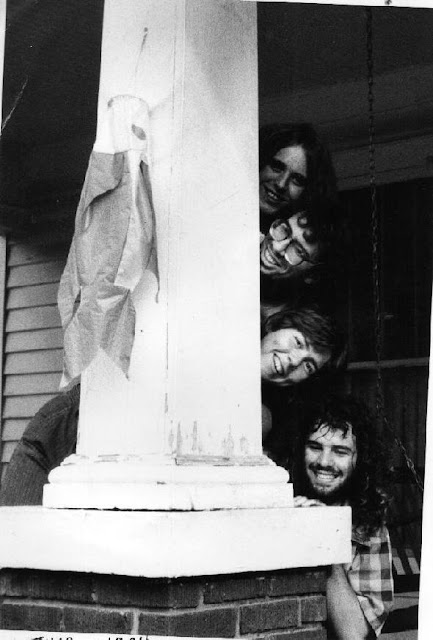 Don't you just hate them? Those select few who can make sloppy, couldn't give a fuck music sound so good. It's an art form being able to produce something that sounds as though it probably took 5 minutes to cobble together but which timelessly still sounds as magnificent 30 years down the line as it did when it first saw the light of day.

Broken Talent were from Miami and featured the talents of Richard "Santo" Mallia (vocals), Malcolm Tent (bass/vocals), Marky Awesome (guitar) and Kat Holzhauser (drums). Their first release was 1984's Blood Slut 7" which came out on Tent's T.P.O.S. label and is now a must have purchase for collectors despite being largely ignored at the time.

The following year T.P.O.S. also gathered together all their early recordings and added a few unreleased tracks to make up the Good, Bad, Awful album..... Fast forward 30 years and Floridas Dying has lovingly compiled a 14 track collection of their best material. Called Rules No one, it's definitely one you don't want to miss, you can check it out here :  http://totalpunkrecords.bandcamp.com/album/broken-talent-rules-no-one-lp

The song I've posted below is the punk version of Might As Well Die.....