The Outrights - Can't Have You 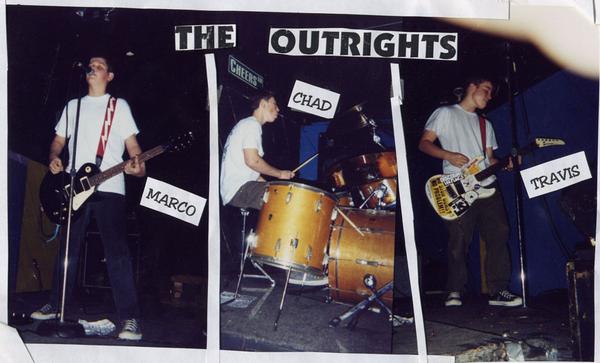 Today's song came out in 2012 as a 1 sided 7" single.  By The Outrights, it was a giveaway to celebrate the band's first show in 12 years. 100 copies were pressed (80 with red covers, 20 blue) before Eccentric Pop repressed a couple hundred more.  The song was originally the b side of their 1998 single, Come Back Baby, which came out on Zombie Stomp Records. You can find the song here : https://eccentricpoprecords.bandcamp.com/album/cant-have-you-7-single.

The band got together in Fort Lauderdale, Florida in 1994. Still at school, they  managed a few US tours, sharing stages with the likes of Against All Authority, New Found Glory, Discount,  Guttermouth, Mr T Experience etc. Influenced by a combination of rock n roll (Chuck Berry, The Kinks, The Sonics, Ramones, The Jam) and sci fi & horror b movies, they released a couple of albums; 1996's The Attack Of The Outrights and 1999's The Outrights (album number 1 was mainly about girls whilst number 2 concerned itself more with zombies and blood sucking freaks).

They split in 2000 but 2012 saw them back together again, aside from the one sided single, they also featured on a split ep alongside The Parasites, Braceface and The Jetty Boys and they released The Zombie Stomp as a Halloween single.