Punk On Toast - Democracy Is a Lie 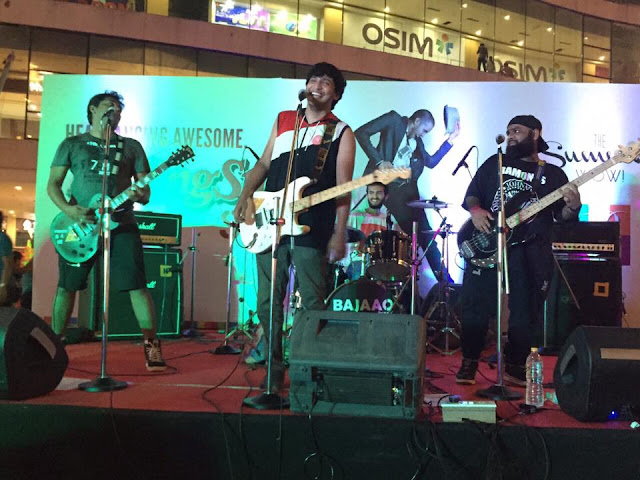 Glancing at the statistics for this blog I noticed a couple of things. Firstly, if I want a lot of hits then I should keep posting updates that feature The Dwarves. Secondly, and more relevantly to today's song choice, was that in the list of countries who provide most page views, India features highly. Most of the others (USA, UK, Germany, France, Canada, Spain, Italy, Russia and Australia) are understandable (although I'm a little surprised Japan doesn't feature a little more prominently) but India? I didn't realise there was much of a punk scene there and I can't remember hearing anything so I decided to search around and find something that I liked to post today.

I settled on a song by a band from Mumbai called Punk On Toast who've been together since 2009 and feature Aditya Naik (guitar/vocals), Kalidas Shenoy (drums), Prathamesh Sandansing (bass/vocals) and Yogesh Lokare (guitar/vocals).

Influenced by the likes of The Ramones, Rancid, Sex Pistols, Social Distortion, and NOFX, they've been steadily increasing their following at home through frequent gigging and now they're being noticed around the world, largely due to the release of the 5 track For Hire ep which came out at the start of this year. You can check it out here : http://punkontoast.bandcamp.com/releases

If you want to discover new punk music from different countries around the world, there's plenty of interesting and exciting scenes worth seeking out. If you stumble across anything you like then spread the world. Far from being dead, punk rock is probably more widespread in 2015 than it's ever been.

Railing against the way the India makes a joke of the term democracy and abuses it, this is Democracy Is A Lie.......