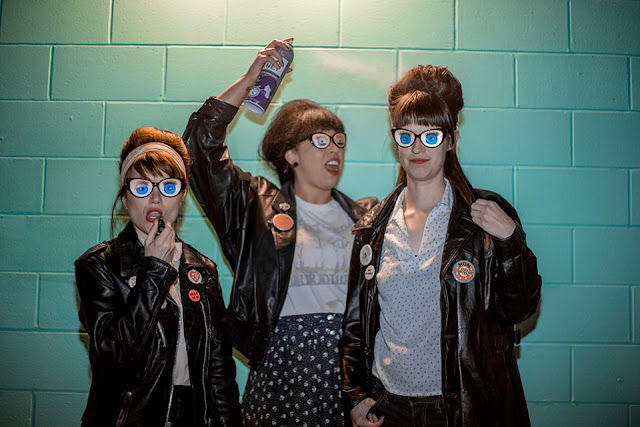 Thee Tsunamis describe themselves better than I could so I'll just throw in a couple of quotes :

gutter-glam attitude with the sound of Brill Building teen-sploitation, to a much

Birdsong (drums) are from Bloomington, Indiana and have been together since

2012. Influenced by artists as diverse as Jerry Lee Lewis, The Shangri-Las and

The Oblivions, they're definitely worth checking out.

you can find it here