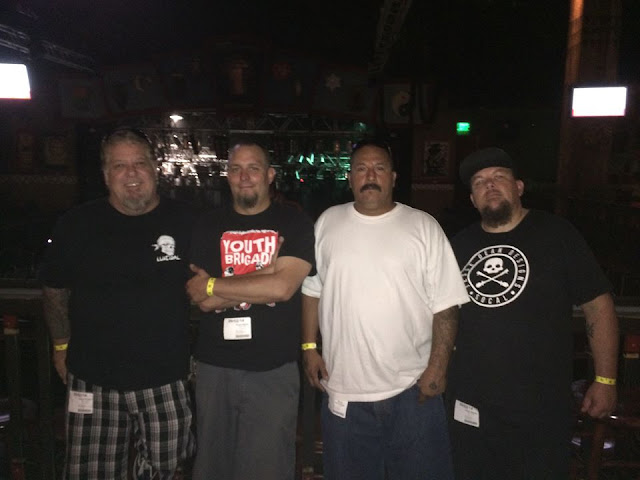 Sorry State are a hardcore punk band from Long Beach, California who currently feature David "Pee Wee" Martinez (vocals), Steve Porter (guitar), Steve Beaver (bass) and Bryan Bailey (drums). Influenced by the likes of D.R.I., Suicidal Tendencies and S.O.D. they've been together since 2009. One of the most hardworking bands around, they've played hundreds of shows, sharing a stage with acts of the calibre of Discharge, Dr Know, Angry Samoans, Channel 3, Fear and Agnostic Front.

Recording wise, they debuted in 2010 with the Last Ride ep, this was followed a year later with the Hook Hands ep before the release of debut album No Hard Feelings (2013).

Following a number of line up changes they released sophomore album Protect And Serve (from which today's song is taken) and their latest, the Vacation ep.