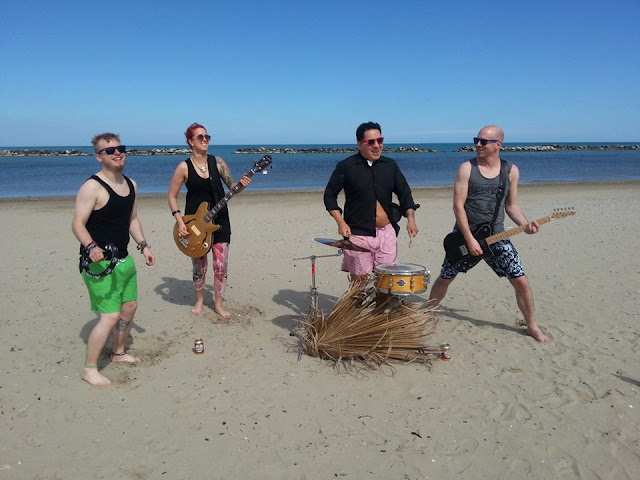 A song today from a band from Osnabruck, Germany, that I first heard when they were featured on the compilation Tales From The Pop Punk World Vol. 2, a mammoth labour of love which was put together by Ramone To The Bone Records. (You can check out the comp here : http://rttb-records.bandcamp.com/album/rttb-34-16-va-tales-from-the-pop-punk-world-vol-2).

Happily I can report that the band, Burger Weekends, are fulfilling their early promise. Manu, Martyn, Andres and Fabian have been together for just over a year but are already making a claim for Teenage Bottlerocket's crown as the best modern day pop punk act around. Last year they teased us with the decent Demo Platte but they've blown that out of the water with their debut album, Fat Mutation. Longer, better produced, and more infectious than a 14th century Oriental rat flea, there's an album version due out soon on Wanda Records but until then you can check it out here : https://burgerweekends.bandcamp.com/album/fat-mutation

There's plenty of favourite tracks that I could have chosen but in the end I went with Punkhouse. If you're a fan of this kind of stuff you'll likely be mightily impressed.....