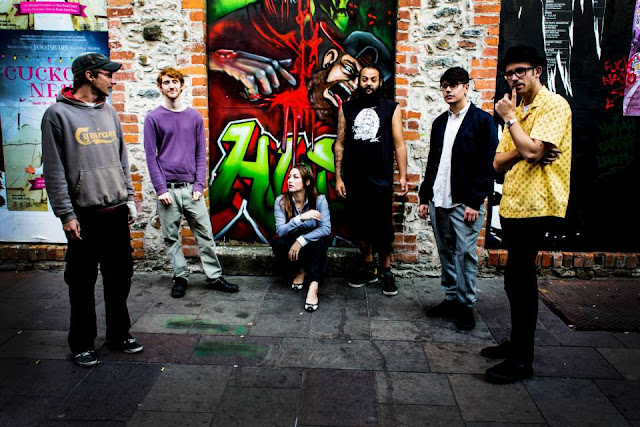 One great thing that's come out of blogging is that it's led to some really good conversations about music (some of the best of these just consist of "what about this song?" "yeah that's awesome but what about this!....") with people I didn't previously know. There's some very knowledgeable and very enthusiastic punk lovers out there and one of those is a guy from Leeds called Ashley Colman who's just sent a couple of mix cds crammed full of great songs, many of which I've not heard before and some which will make their way onto here once I've had a proper listen. Now the reason for mentioning this, aside from saying thanks, is that one of the songs he's included is by a band called Dirty Revolution, a "tropical reggae punk" outfit who were based in Cardiff and were together from 2007 till 2014 (although much more of the Conservatives in government could lead to them reforming!).

Influenced as much by The Specials, Bob Marley and Public Enemy as they were by The Clash, they were one of a number of like minded bands that were having success back then (King Blues, Sonic Boom 6, Capdown, Lightyear all spring to mind as old post millennium favourites).

The song I was sent was Where Are The Police but it's not the song I'm posting today, instead I'm going with the first song of theirs I heard. It was from their 2008 mini album, It's Gonna Get Dirty, and it's called I Love Reggae and is probably the song by them that most people remember. If you haven't heard it yet, you're in for a treat......