The Poly-Esters - Fooling No One 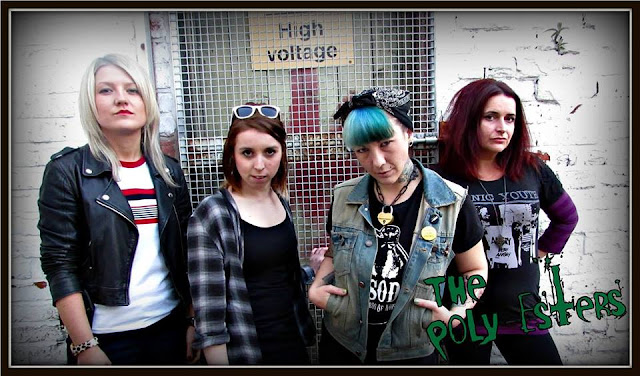 Today's song is taken from the new single by a band that have recently gone down a storm at the Nice N Sleazy Festival and who will be appearing on the new stage at this years Rebellion Festival.

The Poly-Esters are 4 Riot Grrrls from Blackpool, the band comprises of Lola Fenix (guitar/vocals), Laura Catlow (guitar/vocals), Syphi Lizz (bass/vocals) and Eliska Tron (drums). Despite only being together for just over a year the single, their debut, shows a hell of a lot of promise. Aptly entitled First Cut, it features 3 tracks and can be found "name your price" here : http://thepolyesters.bandcamp.com/releaseshttp://thepolyesters.bandcamp.com/releases

I'm sure we'll be hearing plenty more from them but until then here's the pick of the bunch from the single, Fooling No One....