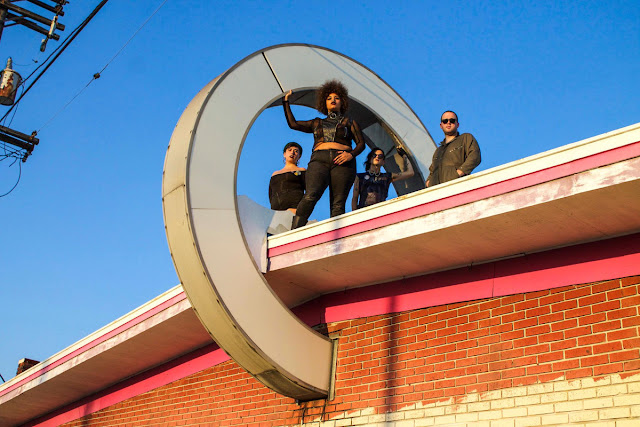 Today's update is one of those where the song is great but my knowledge of the band is pretty much zilch so you get an opening paragraph like this to pad things out. Luckily my writing isn't the part of the update you all flock to see.

Special Interest are a funky, no wave punk band from New Orleans who count amongst their line up Nathan Cassiani who you may know from bands such as Mystic Inane and Patsy. They released a name your price demo in June 2016 titled P.r.E.P. LOVE UNITY RESPECT. Earlier this year they were back with debut album, Spiralling. 8 tracks of future glam / synth punk / industrial disco / (add your own tag here). You can find the album (along with dates for their upcoming East Coast/Midwest tour) here :  https://specialinterestno.bandcamp.com/album/spiraling

They've released a video for the song Disco 11 which is well worth checking out but the track I'm highlighting today is the one that opens the album. This is Young, Gifted, Black, In Leather. Play loud and groove on down....