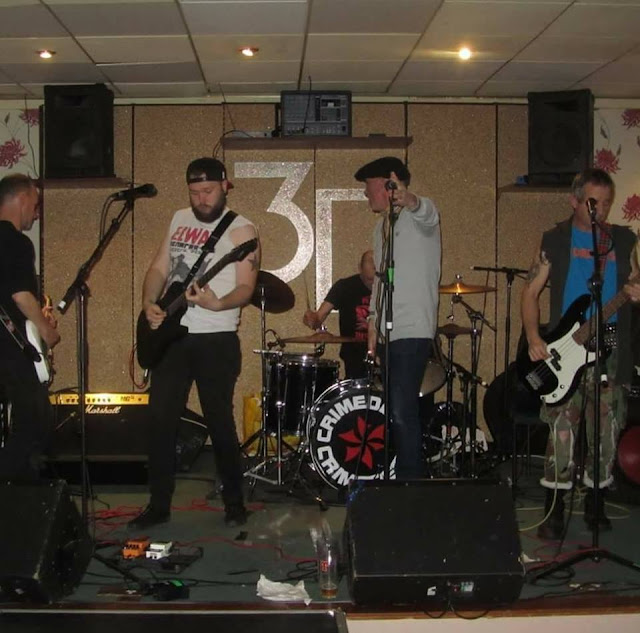 It's been a couple of years since 80's influenced punk rockers The Fuck Ups last featured on here (http://justsomepunksongs.blogspot.co.uk/2016/05/the-fuck-ups-g20-murder.html) but they're back today with the title track from their new ep. From Irvine & Glasgow they now appear to have a settled line up of Baz (vocals/guitar), Bunnit (bass/vocals), Sparky (drums/vocals) and Steven (guitar).

What can you expect from the ep? Certainly not bells and whistles, just 100% old school punk rock with a social conscience. The band tell it how it is, whether it's about the lies we're told to keep us in line, council schemes leading to drug dealers targetting junkies whilst gangs of bored kids roam the streets and the state of society today (it's the poor that always suffer as the banks take advantage whilst the government do nothing to alleviate that suffering). It's not all hard hitting, pedal to the floor fury though, there's also the slowed down reggae of Nation To Nation, a topical song about madmen unleashing armageddon (are we living in the end of days?). When nation fights against nation, the outcome is extermination.  https://thefuckups3.bandcamp.com/album/lies

All in all a cracking ep and you can pick it up for a fiver from one of their gigs or from Facebook : https://www.facebook.com/tfups/

Email ThisBlogThis!Share to TwitterShare to FacebookShare to Pinterest
Labels: 2018, punk, The Fuck Ups