Street Dogs - Stand For Something Or Die For Nothing 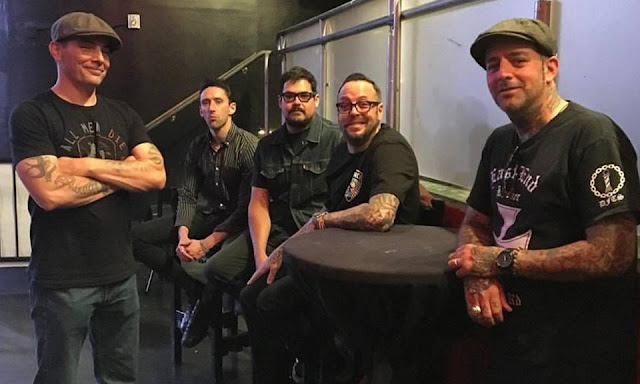 Street Dogs are the Boston band that features ex Dropkick Murphys vocalist Mike McColgan, along with Johnny Rioux (bass), Matt Pruitt (guitar), Lenny Lashley (guitar) and Pete Sosa (drums). They'll be releasing their 6th album on June 22nd. It'll be titled Stand For Something Or Die For Nothing and it'll be available from Century Media. You can pre order it on cd or various coloured limited edition vinyl :  http://centurymedia.merchnow.com/catalogs/STREET-DOGS

They'll be touring America's East and West coast this summer and details are available here : https://www.facebook.com/streetdogs/

It's been 8 years since their last album, 2010's Self Titled, but there's no shortage of subjects for them to write about. Concerned about the dumbing down of America, the band are calling on the working class to wake the fuck up and unite across all colours, creeds, nationalities & genders. Don't do what you're told, don't be taken in by those in power. Think for yourself and live how you want to. Expect 11 tracks of social commentary on a fucked up world. Intelligent, passionate lyrics with killer tunes.

To whet our appetites they've just released the title track. Stand For Something Or Die For Nothing.....