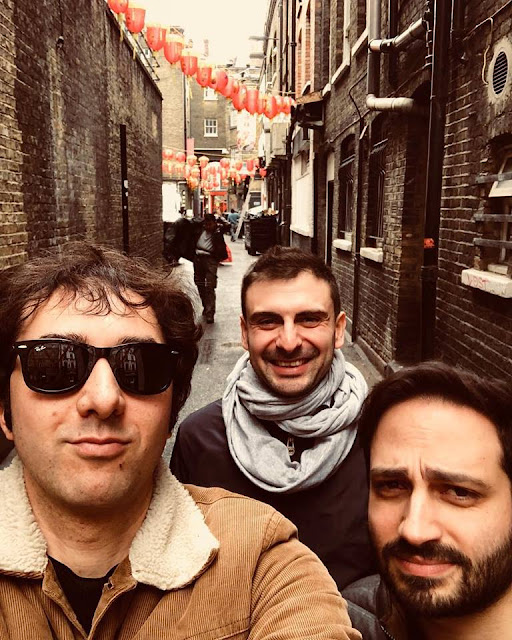 I was playing a song from Faz Waltz's new album Double Decker on this week's Just Some Punk Songs show (https://www.mixcloud.com/mick-fletcher/just-some-punk-songs-220418/) when from the chatroom Wayne Elliott asked, "Have you had them on the blog yet?" The day before, I'd noticed they'd released a video for their new single but as it seemed to be continually popping up on my Facebook feed I assumed you'd all probably have stumbled upon it. But what the hell, it's a bloody good song from a bloody good album so let's get it posted....

They're from Cantu, Italy and line up with Faz La Rocca (vocals, guitar, piano), Diego Angelini (bass) and Marco Galimberti (drums). They've been strutting their stuff since 2007 and Double Decker is their 6th album (S/T 2010, Life On The Moon 2011, Back On Mondo 2013, Move Over 2014, Callin' Loud 2016). It's available from Contra Records, Spaghetty Town and Gods Candy or you can pull on your Boogaloo Boots and Jive Jive over to Bandcamp :  https://fazwaltz.bandcamp.com/album/double-decker

They were recently over in the UK and will be back again in July, you can get details of that and other gigs here :  https://www.facebook.com/FAZ-WALTZ-36996846377/