HÄXXAN - Between the River and the Sea 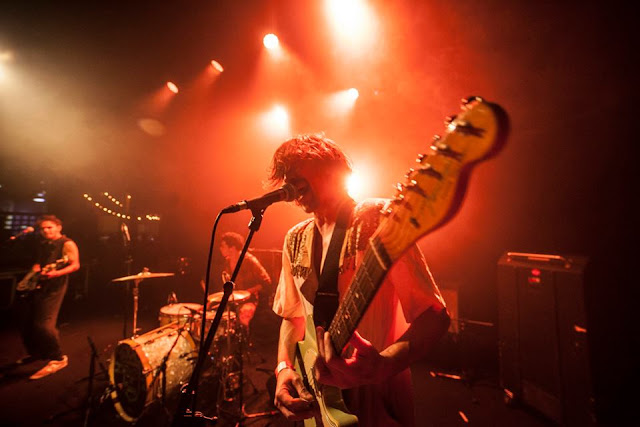 HÄXXAN are a 3 piece from Tel Aviv featuring Rodion (guitar/vocals), Amit-X (bass/vocals) and Yuri (drums/vocals). Next month they'll be releasing their 2nd album (following their 2014 self titled debut) on Slovenly Recordings. It'll be titled The Magnificent Planet Of Alien Vampiro 11 and it'll be available on vinyl (100 of which will be on blue vinyl, the remainder black), cd and digital. Pre orders and a bloody wonderful track called Jeff Cassanova (which went down a storm on yesterday's Just Some Punk Songs show https://www.mixcloud.com/mick-fletcher/just-some-punk-songs-170418/ though the next time I play them I'll have to remember to pronounce their name correctly, it's Chasan.) here :  https://slovenly.bandcamp.com/album/h-xxan-the-magnificent-planet-of-alien-vampiro-ii-lp

They'll be taking their fuzzed out brand of psychedelic garage punk out on the road throughout the summer with dates throughout Europe (including gigs with The Black Lips and Thee Oh Seas. For details check Facebook.... https://www.facebook.com/xhaxxanx/

They recently released a video for another of the album's tracks. Updating the 60's garage sound for the current generation, this is Between The River And The Sea....