Basic Bitches - How Come None Of You Ever Want To Hang Anymore? 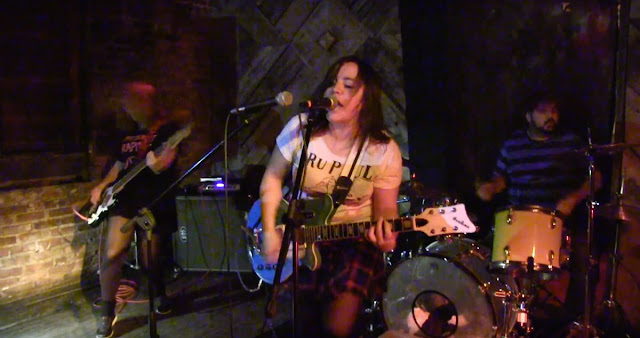 Basic Bitches are over in the UK later this month so it seems like a good time to post their new video and give a plug to those dates :


They formed in New York in 2014 and feature a line up of Naomi Scott (guitar/vocals), Lysa Opter (bass) and Nick D'Amore (drums). They've previously released the City Slackers album, the My Body, My Choice single and there was a track from the album (the snappily titled Mass Shootings And Donald Trump) on the Band Cramps Volume 1 comp. You can find them, along with the new song that I'm posting today, on Bandcamp :  https://basicbitches.bandcamp.com

You can get more info here : https://www.facebook.com/basicbtches/

The perils of growing up and watching all your mates drift away as they get involved in relationships, this is called How Come None Of You Ever Want To Hang Anymore?