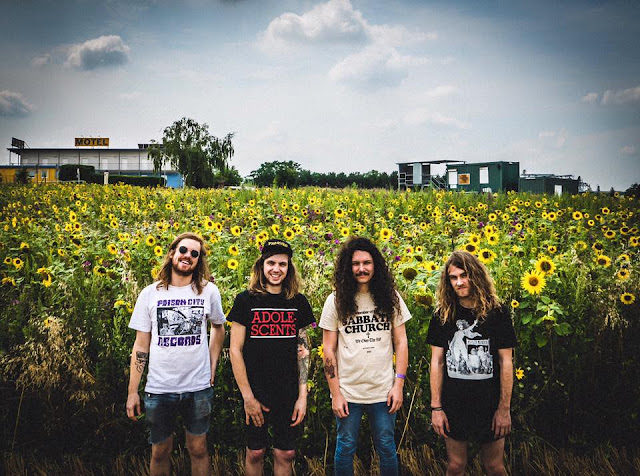 One of the songs that went down well on yesterday's Just Some Punk Songs show was the new single by a band from Melbourne called Clowns. (The show is saved here if anyone's interested : http://mixlr.com/mick-fletcher/showreel/just-some-punk-songs-250916/ ).  The band have been together since 2009 and are building up a healthy worldwide fanbase.

You can get the latest news here : http://www.clownsband.com/ and if  you want to check out their music (including the new single) then head in this direction : https://clownsband.bandcamp.com/

They were recently over in Europe bringing their energetic skate punk to the northern hemisphere but October will see them back on native shores where they'll be gigging with No Anchor and there's also another 7" imminent.

A snapshot of life on the road with Clowns, here's the video for Destroy The Evidence.....