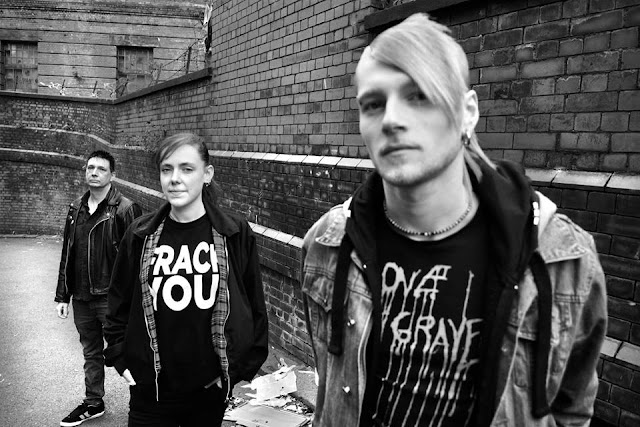 Dead Objectives are from the north west of England (Manchester & Salford) and describe their sound as being reminiscent of early Dead Kennedys, Killing Joke and Conflict. They've been together for around 3 years and in 2015 released a s/t ep. Earlier this year the title track of their new single, Holy War, appeared on their bandcamp page and you can check those releases here : http://deadobjectives.bandcamp.com/

"Exploring the potential consequences resulting from the idolisation of corporate branding and the blind acceptance of vacuous lifestyle marketing," the new single is a politically aware punch to the gut. This is Holy War.....