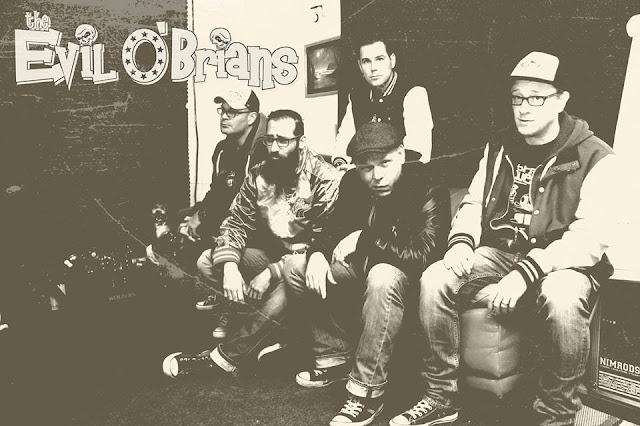 A first appearance in this blog for The Evil O'Brians though frontman Hansel O'Brian provided guest vocals for The Prozacs when they did a song for Ole O'Brian's wedding (http://justsomepunksongs.blogspot.co.uk/2015/05/j-prozac-hey-hey-ole.html) and then Ole was kind enough to select his 10 favourite songs : http://justsomepunksongs.blogspot.co.uk/2015/06/top-10-songs-chosen-by-ole-obrian-evil.html.

The band play "Teenage Horror Bubblepunk" and are a 5 piece from Braunschweig in Germany. They've been releasing music for several years, but have just got round to putting out their debut, self titled, album (on Katakomben Rekordz). Packed full of songs about zombies, dopplegangers, vampires and people with twisted sick brains, it's an old school pop punk treat. You can check their music out here : https://theevilobrians.bandcamp.com/album/the-evil-obrians

From a galaxy far far away, this is Stormtrooper......